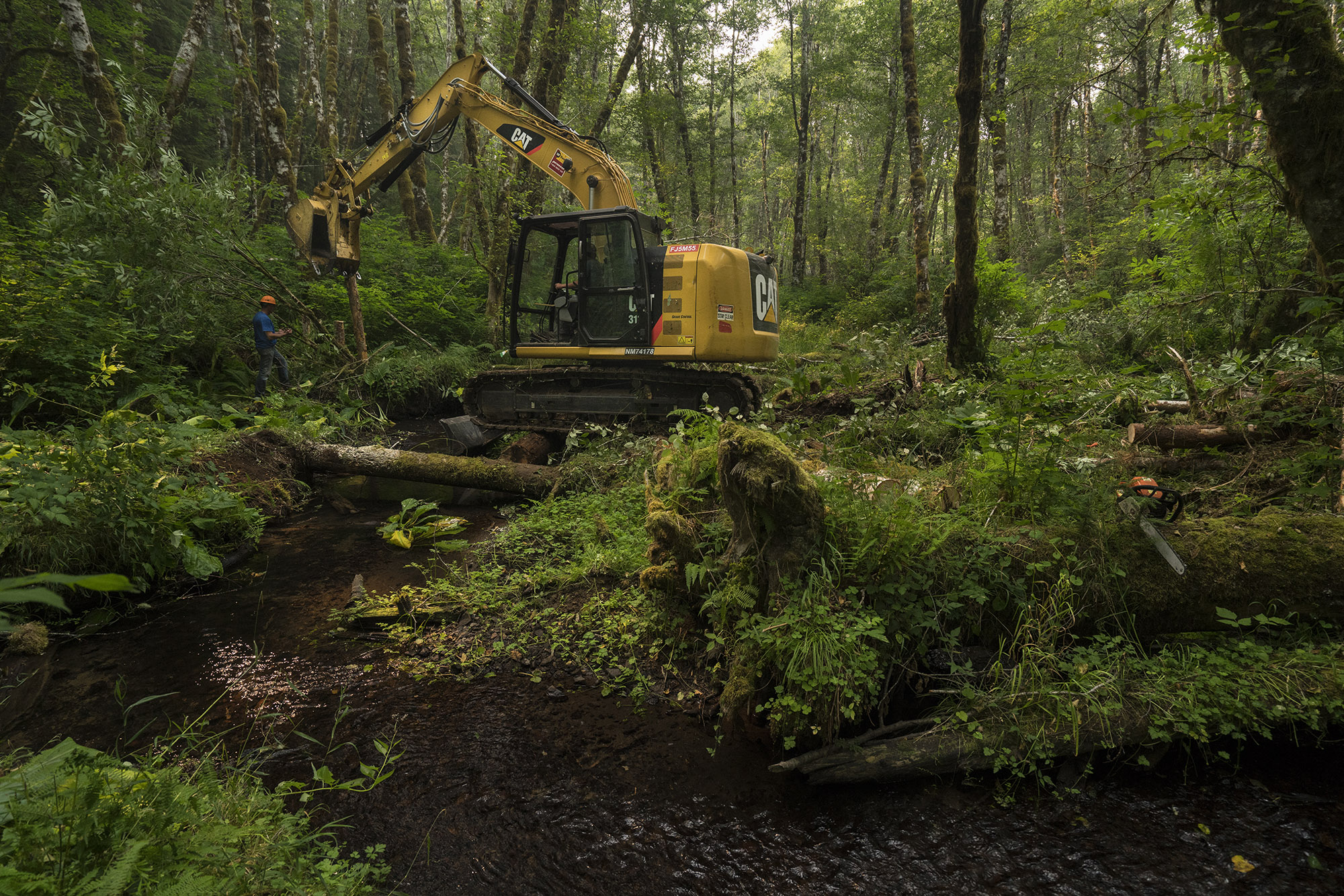 Watershed restoration jobs on the Oregon Coast got a big boost this summer and fall as the NOAA Restoration Center awarded Wild Salmon Center (WSC) $824,000 to support habitat restoration projects implemented through the Coast Coho Partnership (CCP). The partnership is a WSC-managed team of government agencies and nonprofit partners that works on the coast to recover Oregon’s two Coast Coho populations.

Both Coast Coho populations are listed as ‘threatened’ under the federal Endangered Species Act.

“Our congressional champions are key to the recovery effort,” said Trenholm. “These funds will improve conditions for wild salmon and support jobs in communities that need them.”

The NOAA award represents the second tranche of a $2.3 million, three-year cooperative agreement between NOAA and WSC to protect and restore coastal watersheds and recover Oregon Coast Coho. Since 2017, WSC and CCP have leveraged nearly $8 million for Coho restoration work across six coastal watersheds, from the Elk River north to the Nehalem.

This round of funding supports Coast Coho habitat restoration projects in Oregon counties hard-hit by pandemic-related unemployment. Projects being funded include: