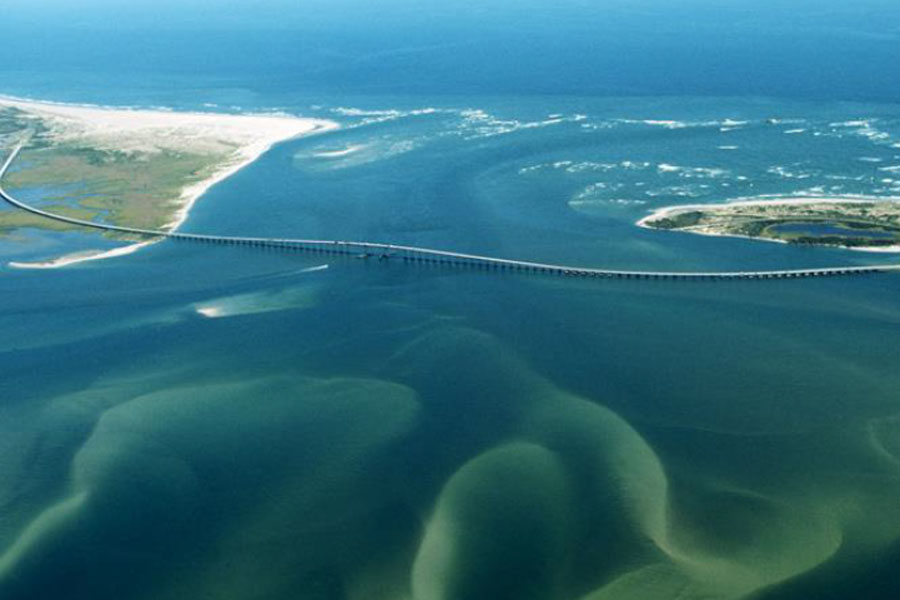 WANCHESE — As Oregon Inlet continues to thwart nearly every effort to tame it, North Carolina Congressman Greg Murphy, a Republican from Greenville, is lending his voice to reviving pursuit of twin jetties to prevent sand clogging the inlet’s navigation channel.

“What we need to do is we need have the jetties built,” Murphy said at a brief press gathering Friday after touring Wanchese Marine Industrial Park. “That will be the fix.”

Despite being the subject of 40 years of battles from Manteo to Washington, D.C., the controversial Oregon Inlet jetty project was finally killed off in 2003 by the White House Council on Environmental Quality after a report the prior year that described economic and environmental concerns as unresolved. But it has since transformed into a mythical zombie, its huge shadow looming over frustrated attempts to harness the channel.

During a brief interview at the marine park office, Murphy explained that he had met several times with the Oregon Inlet Task Force Chair Jim Tobin, also a member of the Dare County Board of Commissioners, who had taken him to see the conditions in Oregon Inlet for himself. The inlet, the only opening from sound to ocean between Virginia and Hatteras, has been badly shoaled from recent storms, making it hazardous for fishing vessels and charter boats to navigate. The authorized depth of the navigation channel is 14 feet, although the U.S. Army Corps of Engineers has had difficulty maintaining the channel to that specification. With the new Basnight Bridge having multiple high spans, there is now flexibility to re-mark the navigational channel to follow best water, but shoaling persists.

Dredging, which can be costly and difficult to schedule, has not been able to keep up with maintenance needs. “We’re putting good money after bad,” Murphy said.

The design of the proposed jetty project includes one, 2-mile-long jetty on the north side of the channel and a 3,500-foot-long jetty that would be attached to the existing half-mile-long south terminal groin. The project also would include a sand-bypass system to promote sand movement and prevent beach erosion.