Pacific Northwest
Haystack Rock at Cannon Beach is among the most photogenic attractions of the Oregon coast. The town, beach and nearby Ecola State Park are big tourist draws. 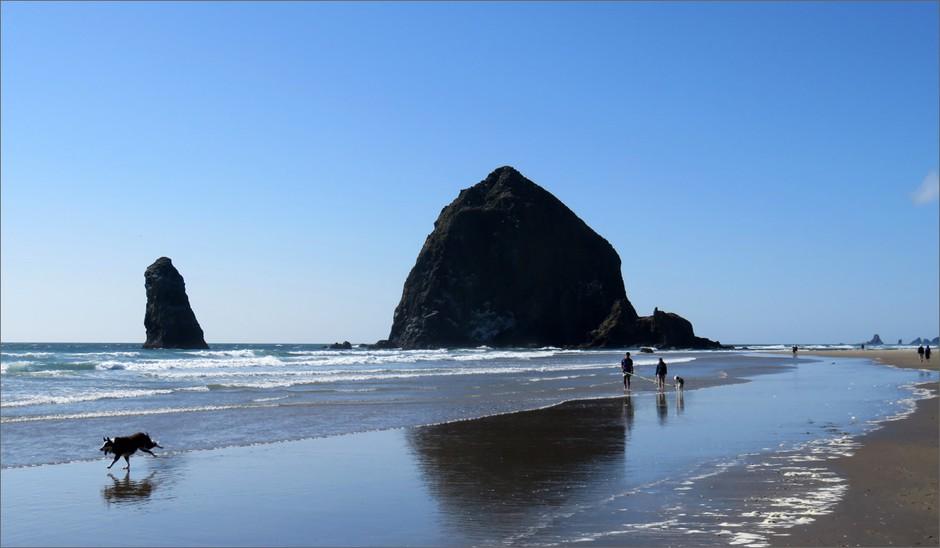 OR - Like A Scene Out of 'Mad Max': Washington And Oregon State Parks Struggle To Address Crowds

Cannon Beach on Oregon’s north coast saw so many out of town visitors last weekend they had to be told to go home. Hundreds were enjoying the sun before officials swept through.

“We appreciate the cooperation we’ve gotten from visitors, and we hope that will continue,” Havel says. “We’ve seen some people get upset at each other. We just need people to chill a bit and maybe come back when it’s less crowded.”

Havel says efforts to open up parks are largely hampered by money since the parks department isn’t fully state funded. It largely depends on user fees and the Oregon lottery, and those funds have been diminished with park closures and fewer sales of lottery tickets. Where usually the agency would hire upward of 400 seasonal employees for the upcoming summer, it’s only hired about 70 so far.

“People are expecting some version of service at a park when they go visit and to get back to camping eventually,” he says. “But that’s all really difficult when you don’t know what the revenue looks like.”