Pacific Northwest
Waves crash in Yaquina Bay during the king tides in December 2018. Researchers say these tides hint at what could become a new normal along the Oregon Coast as sea levels rise due to climate change. Oregon King Tides Project 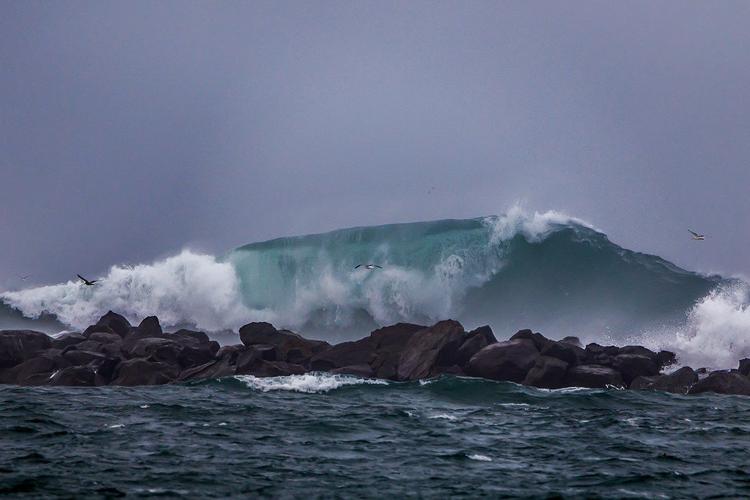 OR - King tides offer a taste of sea level rise

King tides will once again hit the Oregon Coast this weekend, giving residents a taste of what life could be like in the near future.

Researchers say the tides are a preview of the rising sea levels caused by climate change that, under current projections, could eventually submerge much of the coast.

Armed with cameras and cellphones, citizen scientists in Oregon have documented these tides each winter for nearly a decade as part of the Oregon King Tides Project coordinated by the Oregon Coastal Management Program and Oregon Shores Conservation Coalition.

They’ve snapped shots of water and waves rushing up against houses or sloshing across highways. Photos taken from the air above the Nehalem River show just how much estuary shoreline the water is capable of gobbling up.