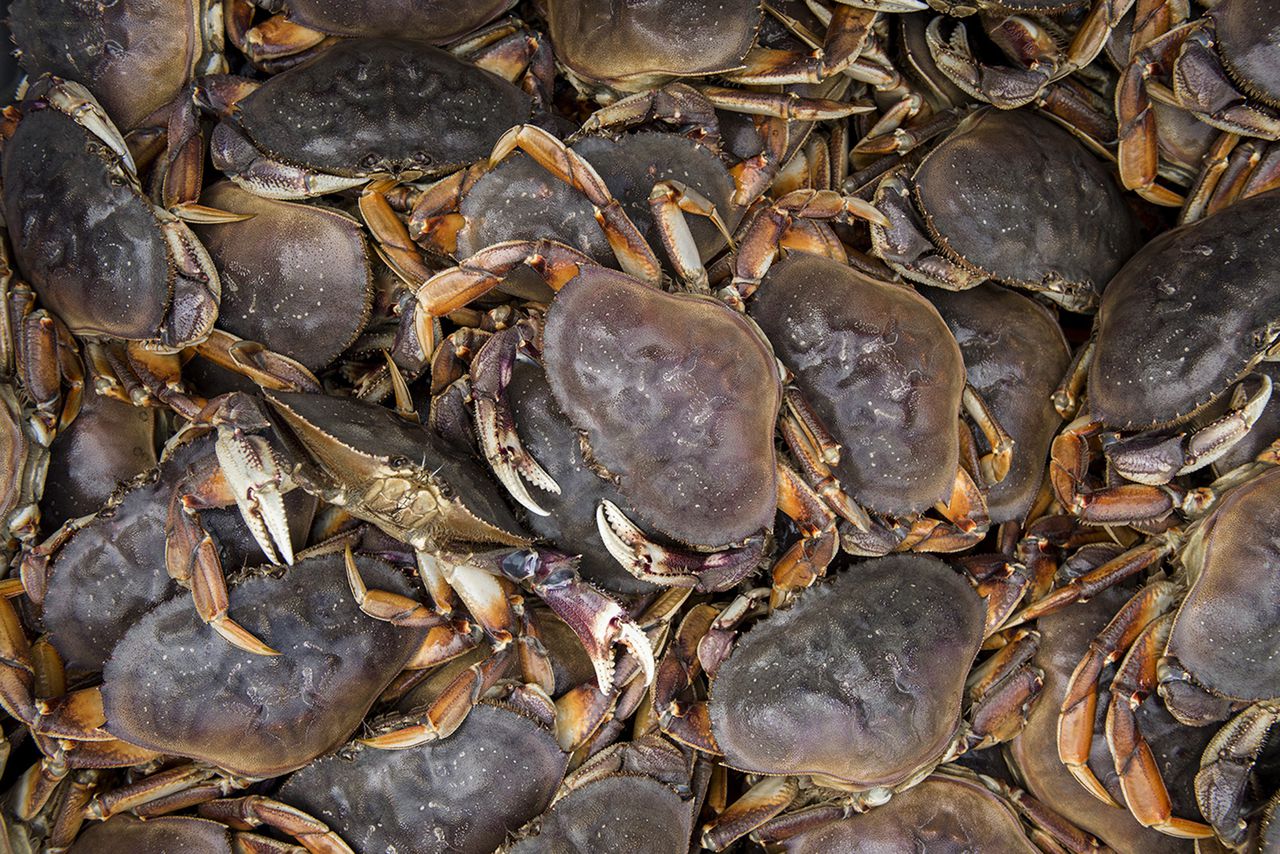 It’s almost like something out of a horror movie. Waves of invasive European green crabs are threatening the Coos Bay estuary, and its existing population of Dungeness crabs, as well as clams, oysters, and mussels, according to a recent report published by South Slough National Estuarine Research Reserve.

The report comes on the heels of a 19-year study conducted by the Reserve and Oregon State University scientists, during which researchers trapped crabs annually throughout the Coos Bay estuary, on Oregon’s southern coast. In 2020, about 77% of the crabs caught were European green crabs. The green crabs were found at all sites, but were most abundant in mid to upper parts of the estuary, the study found.

The number of green crabs collected in the estuary has consistently increased since 2016, when the average number of crabs caught in each trap set by the researchers was less than one (0.92). In 2020, an average of 4.66 green crabs were caught per trap.

Green crabs are an invasive species that established in the San Francisco estuary before 1989 and have since moved north to Southern Oregon. The researchers said that the green crabs likely thrive in Coos Bay because of available food and shelter.

The increase in green crabs could harm coastal species and habitats, the researchers said.

Green crabs have been linked to declines in eelgrass, which is an essential habitat and food source for marine and estuarine organisms, as well as a valuable component of marine ecosystems that helps to keep the water clean and protect shorelines from storms.