Pacific Northwest
Jordan Cove LNG terminal conceptual drawing - what the plant could look like, view from the northeast of the corridor, including processing facility and the marine slip. Courtesy of Jordan Cove Energy Project 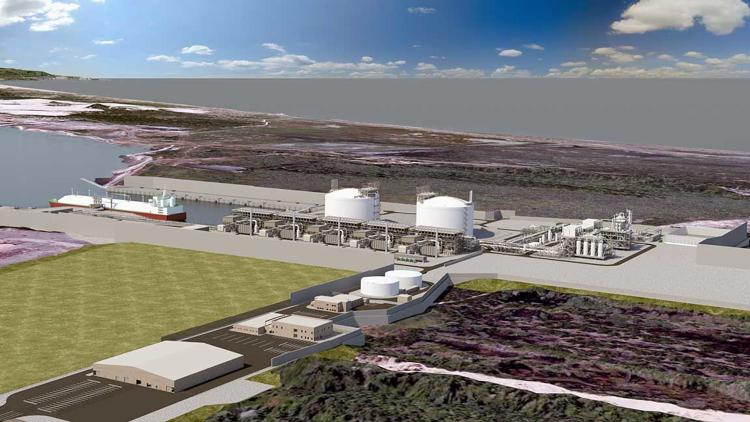 OR - Federal approval of Jordan Cove not a "greenlight" forward

But this does not mean the project has the green light to move forward, at least not until it gets permits from the state of Oregon.

Energy Secretary Dan Brouillette signed an order for the project, which would send its LNG exports to Asia from Coos Bay, and stated that the Jordan Cove Energy Project “encapsulates what the Trump administration has been working hard on for the past three years — providing reliable, affordable, and cleaner-burning natural gas to our allies around the world.”

However, U.S. Senator Jeff Merkley’s office clapped back, stating in an email to The World that “We need real infrastructure plans that will create real jobs, boost our economy and spur exports, without undermining our economic future, environment, and public health.”