Pacific Northwest
R/V Oceanus after it was decommissioned | Mathew Brock 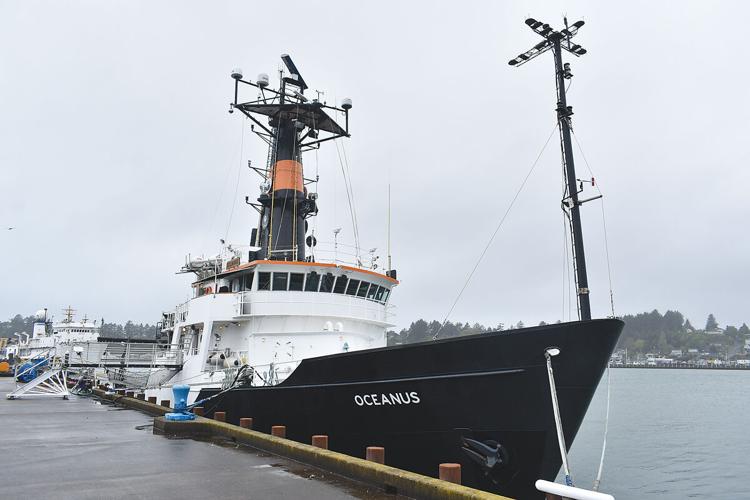 OR - Farewell to Oceanus

Dozens packed into the auditorium of the Oregon State University Hatfield Marine Science Center in Newport Friday to bid farewell to the R/V Oceanus after it was decommissioned last year to make way for the next generation of scientific research vessel deployed by the university.

The Oceanus served OSU scientists researching the Pacific Ocean for the last decade as part of the National Science Foundation’s U.S. Academic Fleet and was retired to make way for a modern ship, the R/V Taani, which should make its debut next year. Prior to its tenure at OSU, the Oceanus served at the Woods Hole Oceanographic Institution and was originally built in 1975 before it started operating as a science vessel in 1976.

A ceremony was held at Hatfield Friday, where the crew, scientists, OSU administrators, members of the College of Earth, Ocean and Atmospheric Sciences, their friends and family came to pay respects to the ship after it made its final voyage on Nov. 21, 2021

“When the ship returned to the port of Newport from its final scientific cruise, a small group of family and friends gathered to mark the occasion and show appreciation and support to the crew,” OSU Marine Superintendent Kaya Johnson said during Friday’s ceremony. “Even for the most pragmatic, unsentimental individuals, it was a powerful moment.”

Several key parts of the ship, such as the flag, a life preserver and a plaque were given to members of its crew and scientists who worked on the vessel during the ceremony. OSU also handed off the Order of the Ancient Albatross, an award given to the oldest in the fleet, to the University of Rhode Island.