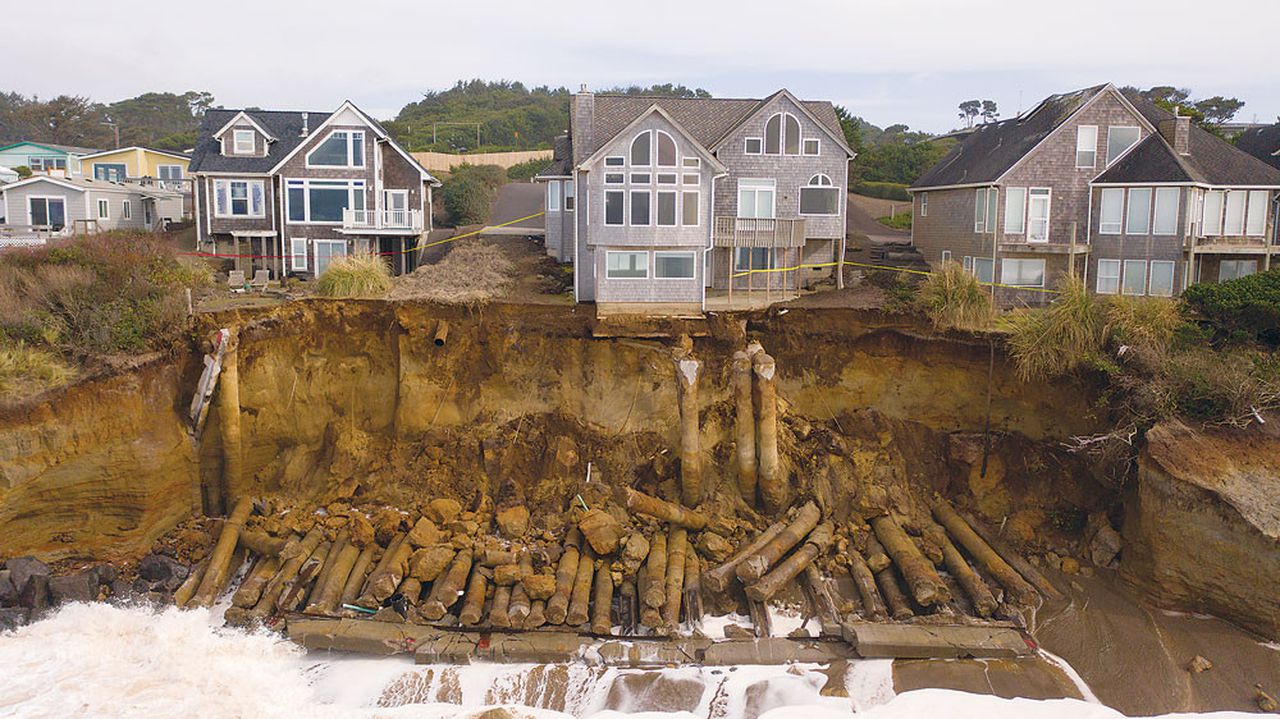 OR - Cliffside homes on Oregon coast threatened by seawall collapse

LINCOLN BEACH — Early Saturday morning, several Lincoln Beach residents awoke to find a seawall on Lincoln Avenue had collapsed from erosion, dozens of its 35-foot tall concrete pilings breaking free and tumbling onto the beach below by Monday afternoon.

Richard Grant owns the property where the wall was installed, and his house there was most affected — the collapse leaving the living room dangling slightly off the side of the cliff. Houses on either side are also endangered, with precious few feet between them and the newly eroded cliffside.

Grant is now looking for a “Band-Aid” solution so he can figure out a long-term plan on how to save his property, but according to county officials, there likely isn’t much to be done because of Oregon Goal 18 restrictions, which prevent installation of shore armoring structures like riprap or seawalls for any property that began development after Jan. 1, 1977.

Goal 18 is one of many plans developed by the Oregon State Department of Land Conservation and Development and specifically applies to beach and dune land. Decades ago, studies found beach armoring like riprap was causing wide-reaching environmental impacts and in many cases was directly responsible for shrinking beaches, so a ban was enacted for property developed after a certain date.

According to Lincoln County Department of Planning & Development Director Onno Husing, the county can’t legally permit Grant to put up riprap or another type of beach armoring construction due to Goal 18, even in light of the collapse.