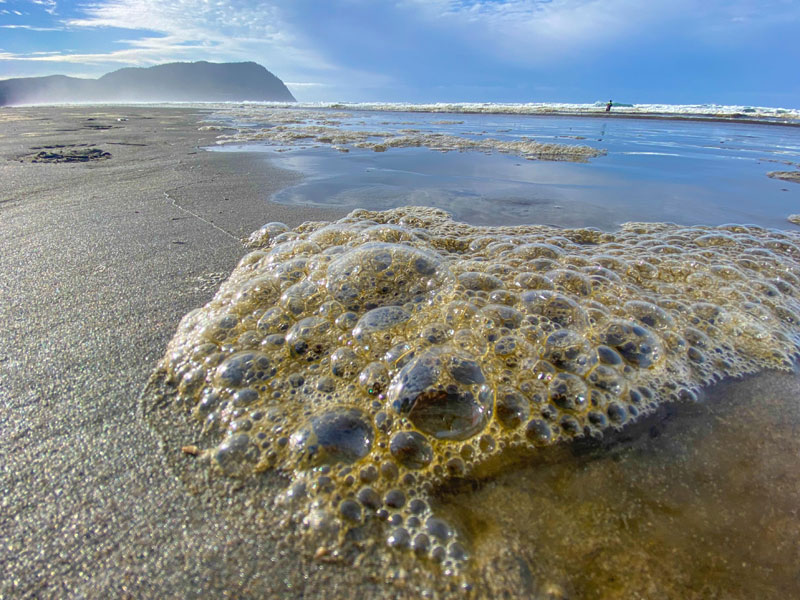 OR - Brown Waves Return to N. Oregon Coast. Could It Mean Glowing Waves?

(Seaside, Oregon) – More fun, oceanic weirdness is on display on the north Oregon coast – or at least it was until the rains hit.

Tiffany Boothe of Seaside spent the pleasant weather weekend beachcombing and made at least one interesting discovery: brown waves are again in the Seaside area.

Boothe also managed to capture some exceptional sunset shots in recent weeks, which she shared with Oregon Coast Beach Connection.

On the ground, however, there's another wacky show going on. Brown waves in the Seaside to southern Washington coast area mean something interesting is happening: lots and lots of phytoplankton.

No, it's not pollution – a presumption many jump to, especially if those waves get oddly gooey and oily-looking. It's actually a good thing, according to Boothe and Seaside Aquarium manager Keith Chandler. The culprit are tiny forms of algae called phytoplankton, which you might remember are the bottom of the food chain in the ocean, something that just about everything feeds on.