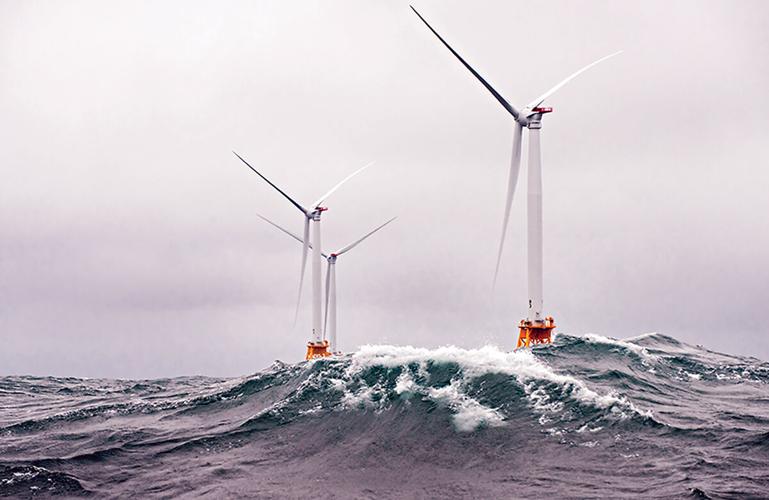 Representatives from the Bureau of Ocean Energy Management came face to face with members of the Oregon fishing industry Wednesday to answer questions about the controversial “call areas” that could one day house floating wind farms off the Oregon coast but would conflict with the area’s established fishing grounds.

The bureau announced three call areas off the Oregon coast in March — wide swathes of open ocean meant to be narrowed down in order to find the “least conflict” area possible to build an offshore wind farm. Those areas, since winnowed down to two off the coasts of Coos and Curry counties, drew immediate opposition from the fishing industry and coastal residents who believe any construction within those areas could have a significant negative impact on fishing grounds and the coastal communities that rely on them.

The current call areas make up around 1,800 square miles of open ocean, approximately a sixth of which could one day be leased to commercial energy companies to build a wind farm of floating turbines large enough to meet the state’s goal of producing 3 gigawatts of electricity from ocean wind by 2030. Once leased, the bid-winning company would need to propose a project and make it through up to a 10-year approval process that includes environmental and economic impact studies and multiple reviews by federal and state agencies.

While the Bureau of Ocean Energy Management held several meetings and forums across the coast since the call areas were announced, Wednesday’s meeting at the Agate Beach Best Western in Newport was one of the first to give the spotlight to the fishing industry’s concerns while representatives from the bureau were in the room. Local elected officials and leaders in the fishing industry previously hosted their own forums to help fishermen become part of the public record, which the bureau did not attend.

According to the bureau’s regional director, Doug Boren, who attended the meeting via Zoom, the federal agency’s current goal is to find whatever part of the current call areas will cause the least amount of conflict with stakeholders. Boren stressed the most the agency can do is try to minimize conflict, as he doesn’t believe an area on the coast exists that both meets the project’s needs and doesn’t conflict at least somewhat with an existing fishing industry.

But attending members of the public and elected officials such as Rep. David Gomberg pressed Boren and members of the bureau for more information about the leasing process and why things are done the way they are.

Gomberg spoke during the public comment portion of the meeting to summarize a four-page letter drafted by members of Oregon’s Coastal Caucus, which highlights some of the issues their constituents have brought to them.

“When the legislature considered House Bill 3375, they said, ‘Let’s talk about wave energy and if we’re going to do it here, let’s make sure we understand what it is we’re doing, who is affected, and what the consequences might be,’” Gomberg said before quoting portions of the bill that emphasize working with the public to minimize the conflicts between ocean energy, the environment and other industries utilizing the same space. “We want to understand what we’re doing, who it will affect and what the consequences might be.”