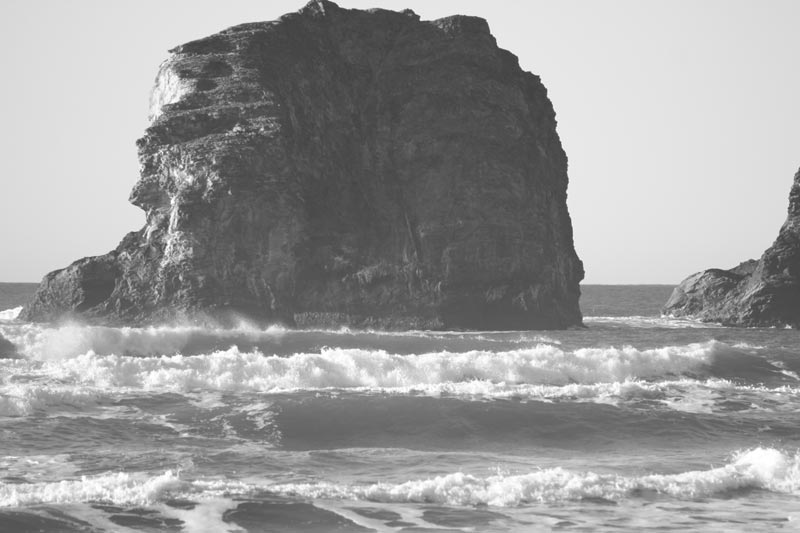 Like superheroes, Oregon coast towns have their origin stories, too. Yet not every one of them includes a much sought-after science mystery of sound.

Rockaway Beach apparently officially became a town in 1909, but it was still quite overshadowed by a half dozen little “resorts” in and around it, including what is now teeny, tiny Brighton. In fact, that whole stretch from Nehalem Bay to beyond Rockaway Beach was called Garibaldi Beach. From just before 1900 through at least another decade or two it had that name. Then, the tourism industry was a rough and tumble world of pure adventurers who were actually kind of brave.

Numerous land claims had been made along this part of the Oregon coast, and there was a growing feeling they’d be useless. The beach was the only thing resembling a road, which was used by horse ‘n buggies, and the place remained isolated because there was essentially no decent route from the valley.

There was a growing lumber industry here, however, and Brighton was a major shipping port for that at the time.

A door was opened wide for this part of the Tillamook Coast in 1906 (a moniker that actually goes back to before 1910 – it wasn’t just invented by the marketing group that currently oversees the county). It was that year that the Lytle company began work on a railroad operation from Hillsboro to the north Oregon coast, with the first stop created at Tillamook in 1911. Meanwhile, all those land claims became valuable.

In 1909, that business exploded, and the May 2 edition of the Oregon Daily Journal shows an ad promoting lots for sale at a mere $20 (something like $260 in today’s money – the price of many people’s streaming and cable bills). On those lots you could set up your own “cabins” as they were called, but they were essentially tents. $5 down and $5 a month got you a nifty plot at the beach. All were sold by Elmer Lytle of the railroad company. Yes, someone had cornered the markets.

Finally, in 1912 the first railroad car stopped in Rockaway Beach, and thus began the town’s version of the “Daddy Train:” where fathers would join the families every weekend, as they played on the beaches during weekdays and stayed all summer long.