Pacific Northwest
A swingset and the remains of burned homes and a vehicle in Gates, Oregon on Sept. 13, 2020. The town of Gates, along the Santiam River was all but destroyed by the Beachie Creek Fire. Residents were forced to evacuate. Brooke Herbert / OregonLive 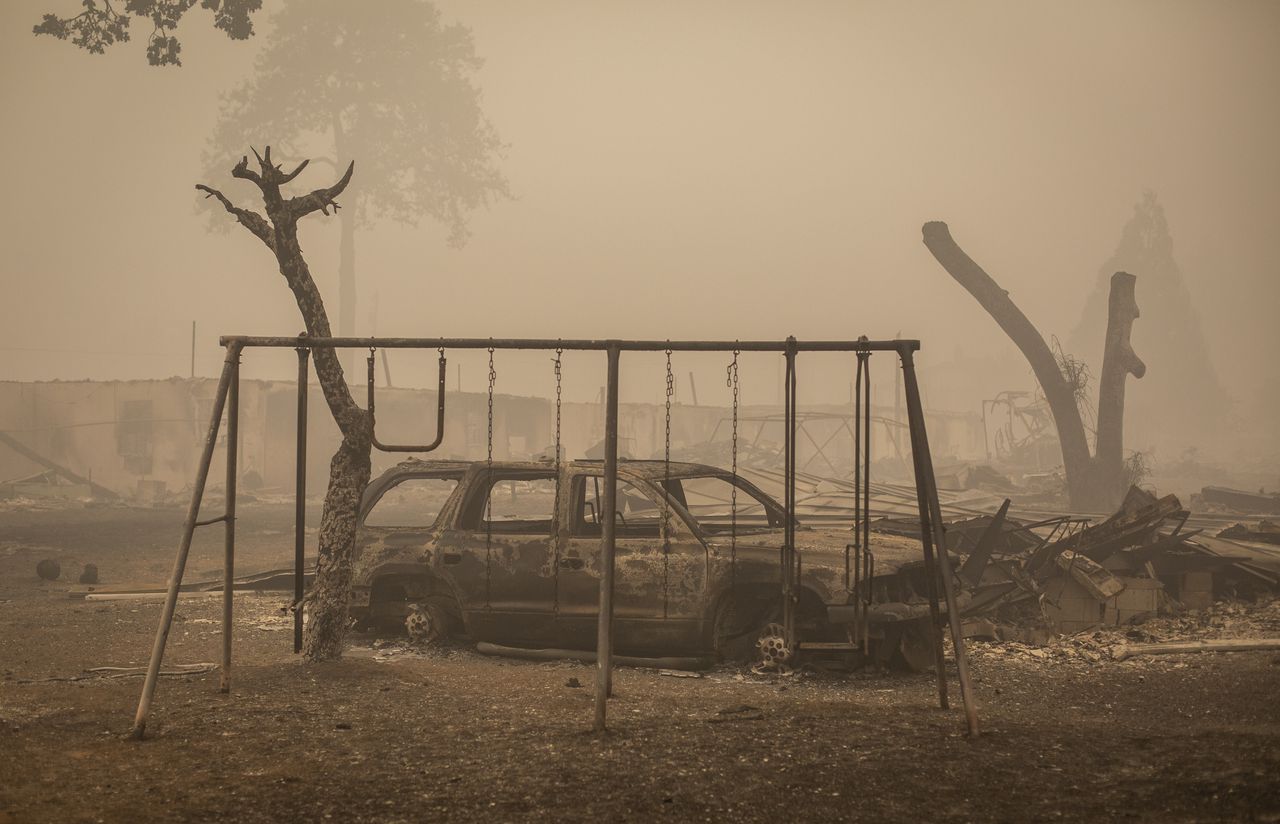 Detroit and Big Cliff dams are structurally intact and operational following a wildfire that destroyed much of the surrounding area.

The two dams that control the North Santiam River were hit by the Beachie Creek Fire, forcing the dam operator to shelter in Detroit Dam after he was able to evacuate, according to a report released by the U.S. Army Corps of Engineers.

The fire destroyed a log boom on Detroit Lake, transmission lines at Big Cliff Dam and a storage building at Minto Fish Hatchery, but the dams remain able to manage the reservoir and are releasing slightly less than normal water into the river, officials said.

“We were fortunate,” Willamette Valley Project dams manager Erik Peterson said. "Facilities are safe and we have people on-site. We remain concerned for rock, snag, landslide hazards on access into the facilities, and for changing winds and potential for fire branding again.

“We’re not out of the woods yet, but our mission has not been significantly impacted.”

On Monday evening, Detroit Dam powerplant shift operator Mike Pomeroy reported to work, the Army Corps said. He was aware of the red flag warnings in the forecast and their impact on the Beachie Creek and Lionshead fires burning nearby.

As the winds kicked up, and wildfires spread up and down the canyons, a level 3 evacuation was issued for the area.

“By the time he had made the plant ready and decided to evacuate, winds were already gusting over 50 mph and the fire was rapidly approaching from the north,” the Army Corps report said.