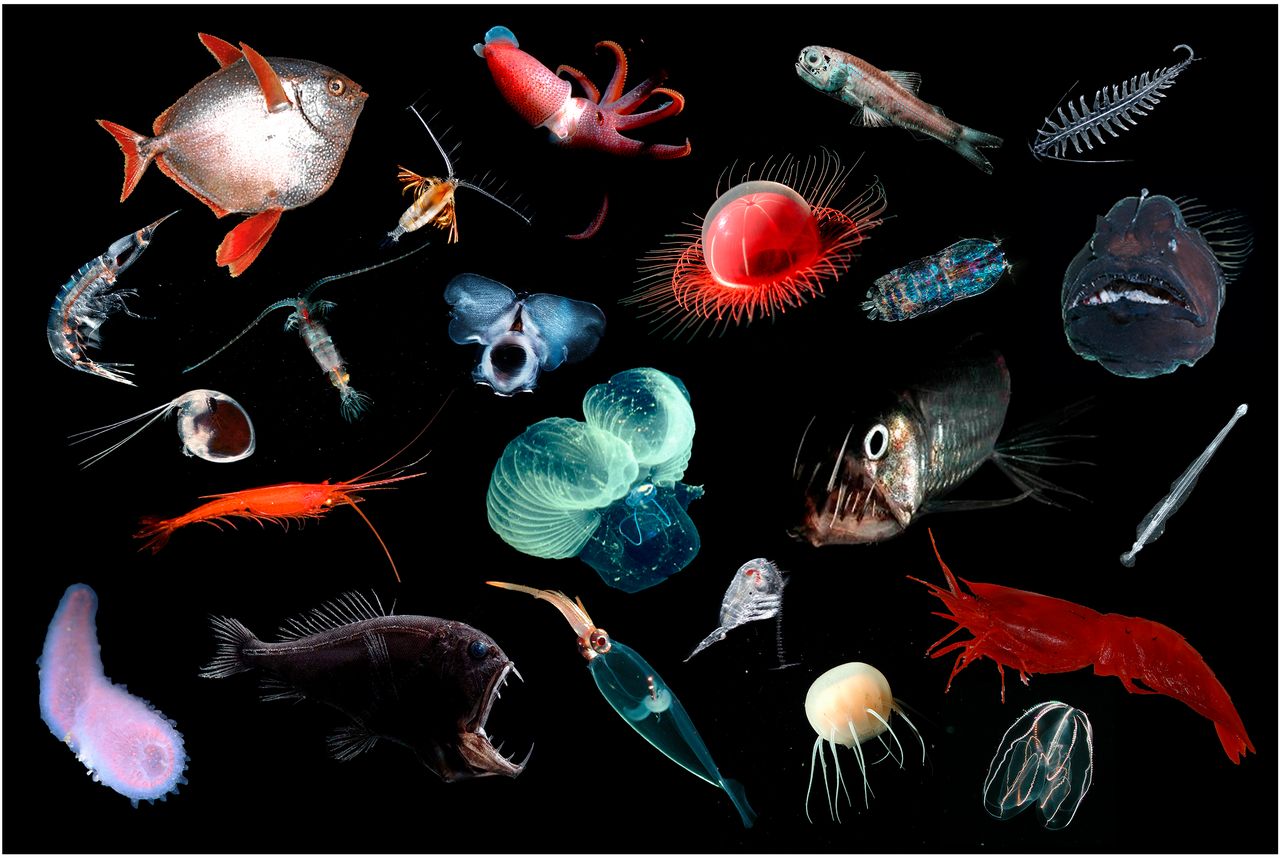 Opinion: Midwater ecosystems must be considered when evaluating environmental risks of deep-sea mining

Despite rapidly growing interest in deep-sea mineral exploitation, environmental research and management have focused on impacts to seafloor environments, paying little attention to pelagic ecosystems. Nonetheless, research indicates that seafloor mining will generate sediment plumes and noise at the seabed and in the water column . . .

By
PNAS - Proceedings of the National Academy of Sciences
Section:
Science
Region:
International

Despite rapidly growing interest in deep-sea mineral exploitation, environmental research and management have focused on impacts to seafloor environments, paying little attention to pelagic ecosystems. Nonetheless, research indicates that seafloor mining will generate sediment plumes and noise at the seabed and in the water column that may have extensive ecological effects in deep midwaters (1), which can extend from an approximate depth of 200 meters to 5 kilometers. Deep midwater ecosystems represent more than 90% of the biosphere (2), contain fish biomass 100 times greater than the global annual fish catch (3), connect shallow and deep-sea ecosystems, and play key roles in carbon export (4), nutrient regeneration, and provisioning of harvestable fish stocks (5). These ecosystem services, as well as biodiversity, could be negatively affected by mining. Here we argue that deep-sea mining poses significant risks to midwater ecosystems and suggest how these risks could be evaluated more comprehensively to enable environmental resource managers and society at large to decide whether and how deep-sea mining should proceed.

Deep-sea mining activities could affect midwater organisms in a number of ways (Figure 1). Sediment plumes from collectors on the seafloor and from midwater discharge that exceed sensitivity thresholds would have a host of negative consequences. Although threshold levels are unknown, sensitivities are likely to be high because most deep midwaters have very low concentrations of naturally suspended sediment even near the seafloor (20). Mining-generated plumes may cause distress by clogging respiratory and olfactory surfaces (21). Abundant suspension feeders, including protists, crustaceans, polychaetes, salps, and appendicularians, filter small particles from the water and form an important part of the pelagic food web (22).

Indeed, studies have shown that the bases of deep mesopelagic and bathypelagic food webs are heavily reliant on very small organic particles as a natural food source (23). Suspension feeders will suffer from dilution of food materials by inorganic sediments and

Deep-sea mining is rapidly approaching. Nonetheless, we lack scientific evidence to understand and manage mining impacts on deep pelagic ecosystems, which constitute most of the biosphere.

clogging of fragile mucous filter nets (24). Fine sediment may adhere to gelatinous plankton, reducing their buoyancy (2). Metals will be released from pore waters and crushed ore materials (25) and remain in the water column much longer than sediments [potentially 100 to 1,000 years (26)]. The mesopelagic zone is the natural entry point for mercury into oceanic food webs and the human seafood supply (27), raising concerns that discharge of metals and toxins into the mesopelagic zone could contaminate seafood. The structure and function of microbial communities currently regenerating essential nutrients for the pelagic ecosystem may shift as a consequence of enhanced particle surface areas (28).

Sediment plumes will also absorb light and change backscatter properties, reducing visual communication and bioluminescent signaling that are essential for prey capture and reproduction in midwater animals (29). Noise from mining activities could cause physiological stress or interfere with larval settlement (30), foraging, and communication, such as by marine mammals. This would be particularly important at seamounts, which attract aggregations of feeding marine mammals and fishes (31). Potential effects on individuals would lead to population effects such as emigration (both horizontal and vertical) and changes in community composition, thereby leading to further reductions in ecosystem services.

The nature and extent of these effects must be understood to effectively manage the environmental consequences of seabed mining. They will depend upon the spatial and temporal scales of mining and the mining plumes relative to the spatial scale of biological communities, the depth of discharge of the dewatering plume, and the threshold levels that are determined to cause harmful impacts. The spatial extent of direct mining impacts (i.e., seabed on which a vehicle directly operates) is estimated to be 300 to 600 square kilometers per year per contractor for manganese nodule mining (10) and tens of square kilometers for sulfide and crust mining (32, 33). Collector plume modeling to date suggests that the area of seafloor indirectly impacted would be many times larger; short-term simulations suggest harmful seafloor deposition of sediments at least tens of kilometers from sites of mining (8, 9).

Parallels can be drawn with air pollution generated by terrestrial operations; such effects are not limited to the footprint of the operation itself. Indeed, the concern is greater for the ocean in which suspended particles settle much more slowly in seawater than in air, owing to the much smaller density difference between the particle and the ambient fluid. Modeling studies have focused on seafloor collector plumes and benthic deposition but have generally failed to consider the three-dimensional spread and temporal persistence of plumes in midwaters.