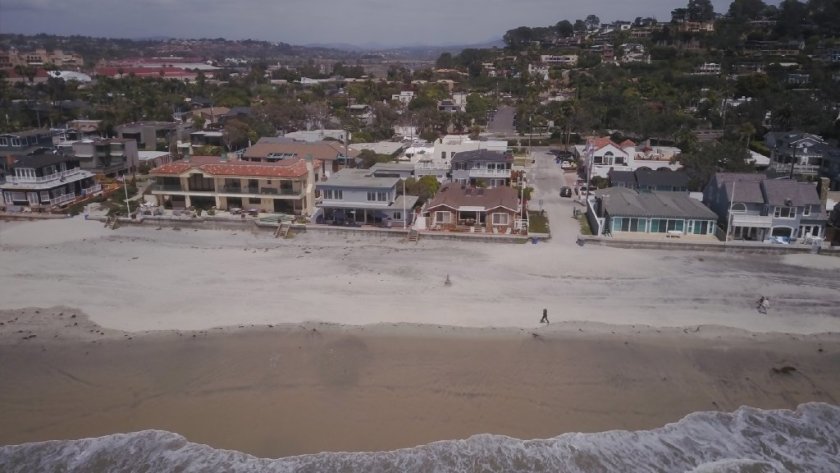 After I returned from a long and demanding scientific expedition in the coastal areas of North Africa, my colleague took me for a walk on Corona del Mar State Beach. A few steps in, he started recalling 15-year-old memories of the beach and how it has changed since. The beach seemed to be disappearing because of sea level rise, he said.

Many people make that observation, but from research I helped conduct off the coast of Tunisia, I knew the reason was probably more complicated than that.

With colleagues from the National Institute of Marine Sciences and Technologies in Tunisia, I studied how the shorelines of North Africa have moved inland over the span of a little more than a century. We saw evidence of sea level rise, but also realized that something else was responsible for amplifying and accelerating the seawater’s inland movement with unprecedented magnitude.

Our research showed that about 70% of the sandy beaches in the Gulf of Hammamet, a popular tourist area off the coast of Tunisia, persistently eroded at an average rate of about 1.6 feet a year between 1887 and 2018. This alarming rate is about seven times greater than the estimated average of 2.75 inches a year suggested by global-scale modeling for sandy beach evolution.