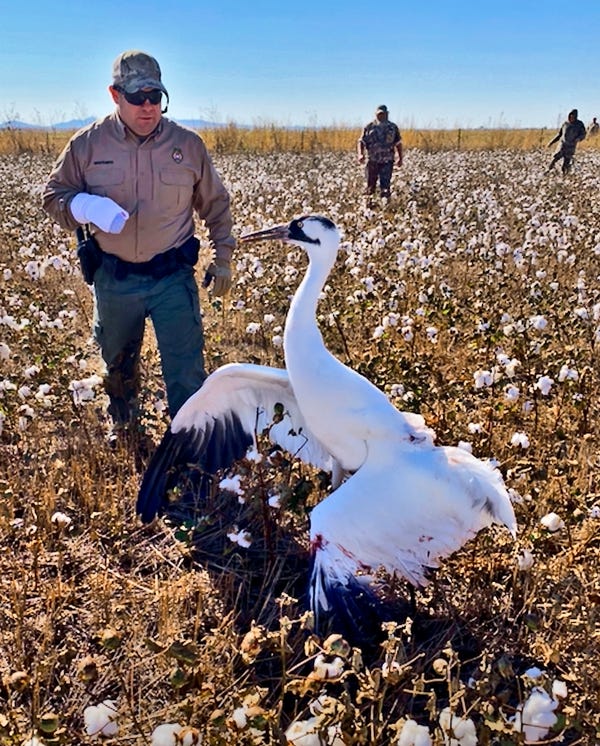 On Dec. 15, an injured whooping crane was discovered near the southwestern Oklahoma lake by hunters who notified game wardens with the Oklahoma Department of Wildlife Conservation. The whooping crane died while being transported to a veterinary clinic.

The U.S. Fish and Wildlife Service's forensics laboratory conducted a necropsy and determined the cause of death as a shotgun wound. A search of the area where the first bird was found led to finding three more dead whooping cranes.

Nathan Erdmann, chief of law enforcement for the Oklahoma Department of Wildlife Conservation, said Thursday that game wardens are following up on leads.

More:Tribes' hunting and fishing rules mostly mirror Oklahoma's regulations, but there are differences

"It is still under investigation," he said. "We are waiting on some search warrant information to come back."

Erdmann would not say whether investigators think the whooping cranes were mistaken as sandhill cranes by hunters or shot intentionally.