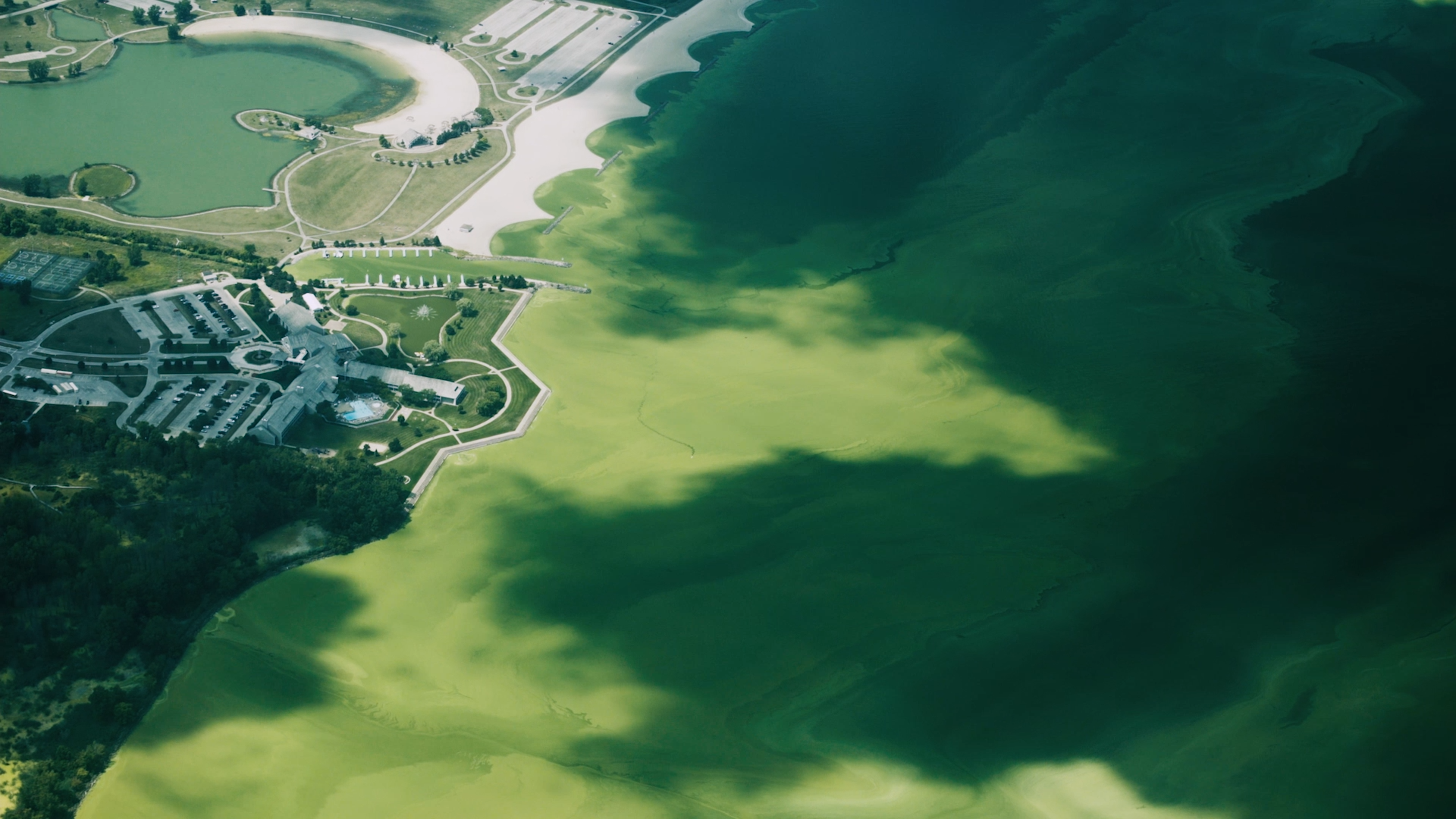 It’s peak algal bloom season and as always, Lake Erie is in the spotlight.

It was 2014 when a bloom caused the City of Toledo and nearby residents to go without water for three days after toxins were found in the drinking water. Bottled water flew off the shelves and the national media ran with the story.

For Don Scavia, it was another chapter in the algal bloom saga he had been working on since the late 1990s.

Scavia is now professor emeritus of environment and sustainability at the University of Michigan. Prior to joining the Michigan faculty, Scavia held senior positions at the National Oceanic and Atmospheric Administration. He recently co-authored a column in The Conversation with University of Maryland Professor of Marine Science, Donald Boesch, where they made the case for a national policy to address algal blooms.

Great Lakes Now’s Gary Wilson interviewed Scavia about the need for a national policy on nutrient runoff. Scavia expressed his concerns about why voluntary measures to control the nutrient runoff from farms that fuels the blooms haven’t worked and are unlikely to, and called on the EPA to shift its focus from practices to outcomes.

The interview was conducted via email and edited for clarity and length.

Great Lakes Now: You say that after years of study, the science is clear on what needs to be done to prevent nutrient runoff, and that the states including Michigan and Ohio have entered into formal agreements to clean up Lake Erie, but those efforts have failed because “controls on nutrient pollution are weak and ineffective.” Can you expand on that?

Don Scavia: It is important that the governments have entered into formal agreements through the Great Lakes Water Quality Agreement and the Total Maximum Daily Load (TMDL) program under the Clean Water Act.  This is because their activities are required to be tracked and the potential results will be monitored over time.

However, most nutrient loads come from agriculture and efforts to reduce them are still mostly incentive-based and voluntary. Those approaches have proven to be insufficient both in the Great Lakes region and in other large-scale systems like the Chesapeake Bay and the Mississippi Basin.

While nutrient reduction practices may be effective at small scales, the fact that the nutrient loads to these systems have not changed for decades, after investing billions of dollars, suggests the practices are either the wrong ones, or applied in the wrong places, or not implemented at sufficient scales to move the needle.

GLN: In the column you co-wrote for The Conversation in July, and Great Lakes Now re-published, you asked if Lake Erie’s alga blossom will lead to a human health crisis, or just devastate the coastal economy. People generally understand the health risks associated with toxic algae blooms best evidenced by the Toledo water crisis in 2014. Can you elaborate on the economic impacts?

DS: An obvious economic impact are the new costs for monitoring drinking water intakes and treating the water when toxins are present; one study indicates the costs are roughly $3 million per year.

But, the economic impacts go well beyond that. Even when blooms are not toxic, their unsightly scum impacts property values, tourism, and recreation. For example, one studycommissioned by the International Joint Commission puts the economic impact of the 2011 and 2014 blooms at $71 million and $65 million, and indicates that if those blooms were to recur annually the losses would be $1.5 and $1.3 billion over 30 years. Another study, published in the peer reviewed literature, puts the potential cost of uncontrolled Lake Erie algal blooms  in Canada alone at $5.3 billion over 30 years.