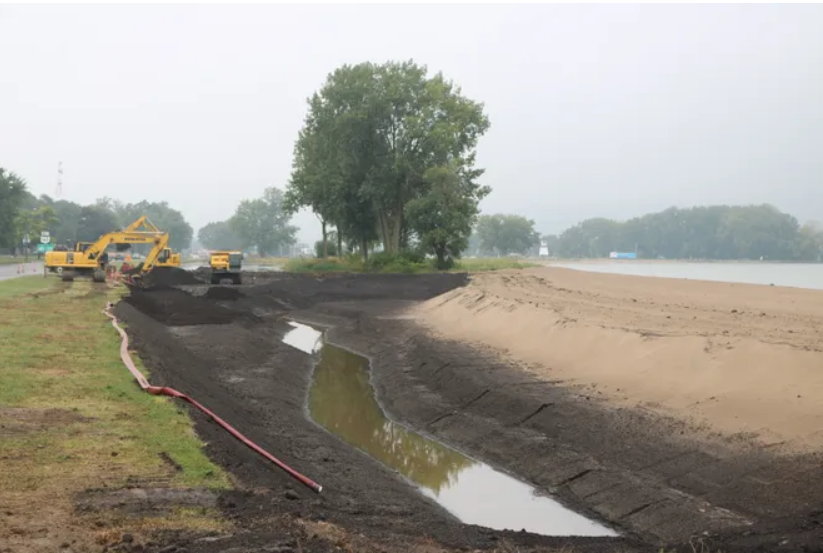 PORT CLINTON - Within a week of returning to work on the local wetlands restoration project, crews are already transforming the landscape of Port Clinton’s scenic Lake Erie coast.

Following numerous delays, last week crews contracted through the U.S. Army Corps of Engineers and the city of Port Clinton returned to continue excavation work on the 12.2-acre property between the Derby Pond and the city beach along Ohio 163/East Perry Street.

The work is part of a $1.4 million project aiming to eradicate invasive plants and restore the property to a native coastal wetland habitat.

Commuters who regularly travel along Perry Street, one of Port Clinton’s most heavily trafficked areas, are likely to have noticed the dramatic changes taking place on the east end of the project near the beach.

“They’re changing the topography. They’re going to get rid of that center strip,” Mayor Mike Snider said, describing the most recent part of the project.

Creating topographic variability is meant to boost the diversity of native plants, while another aspect to the project is controlling invasive plant species, such as phragmites.

“The plan was to mow, but whatever they did before has been working really well. They didn’t need to mow because the phragmite hasn’t grown,” Snider said.

There is another invasive species, purple loosestrife, that has been popping up in the project area.

According to the Ohio State University’s Ohio Perennial and Biennial Weed Guide, purple loosestrife is attractive but invasive perennial weed that, once established, crowds out other species with dense infestations that can also clog irrigation systems.