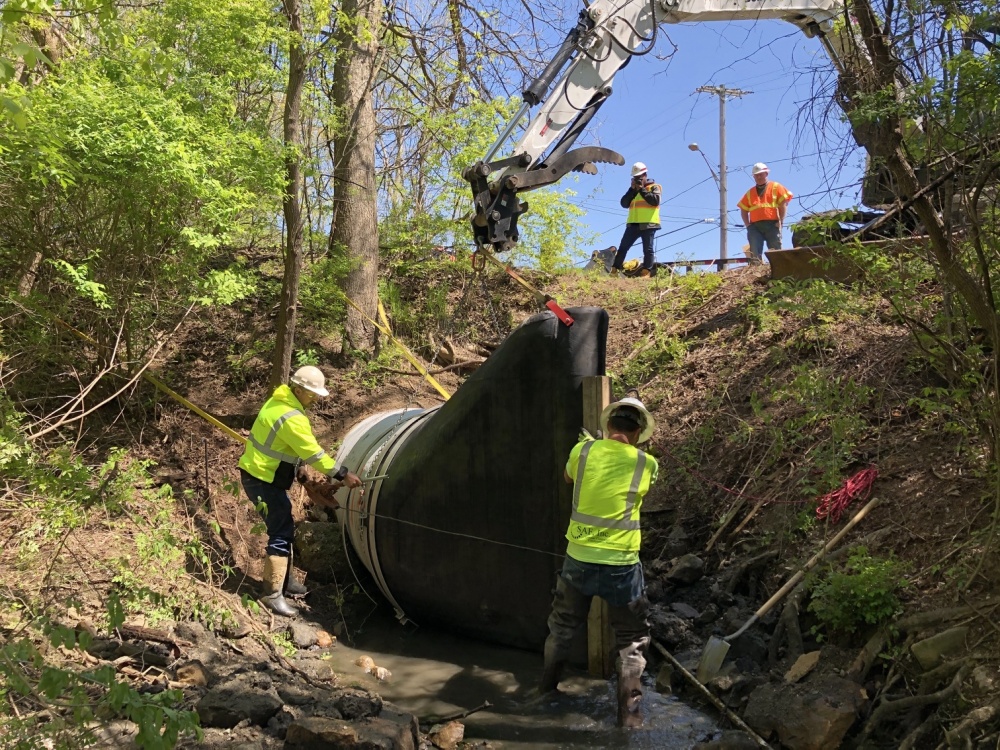 Daily the U.S. Army Corps of Engineers’ electric fish barriers deter the movement of Asian carp and other aquatic nuisance species (ANS) from passing through the Chicago Sanitary Ship Canal and into the Great Lakes.

A five-mile stretch along the Ohio & Erie Canal towpath near Akron, Ohio was one of these areas that had a moderate likelihood for transfer. Completion of construction in May 2020 has resulted in the installation of barrier measures at 14 individual locations to reduce the likelihood of movement between the basins by northern snakehead, silver carp, black carp and bighead carp, should they reach this location.

“Ground surface elevations at most locations along this watershed divide were adequate to inhibit transfer of species during normal weather conditions, but there was a potential for the basins to be connected during extreme flood events,” said Frank O’Connor, USACE Buffalo District project manager. “It’s important to keep these target species out because they are fast growing and prolific feeders capable of out-competing native fish for food. The Ohio & Erie Canal project represents a key component of the comprehensive, interagency strategy to aggressively protect the Great Lakes from Asian carp through early detection, prevention, and control.”