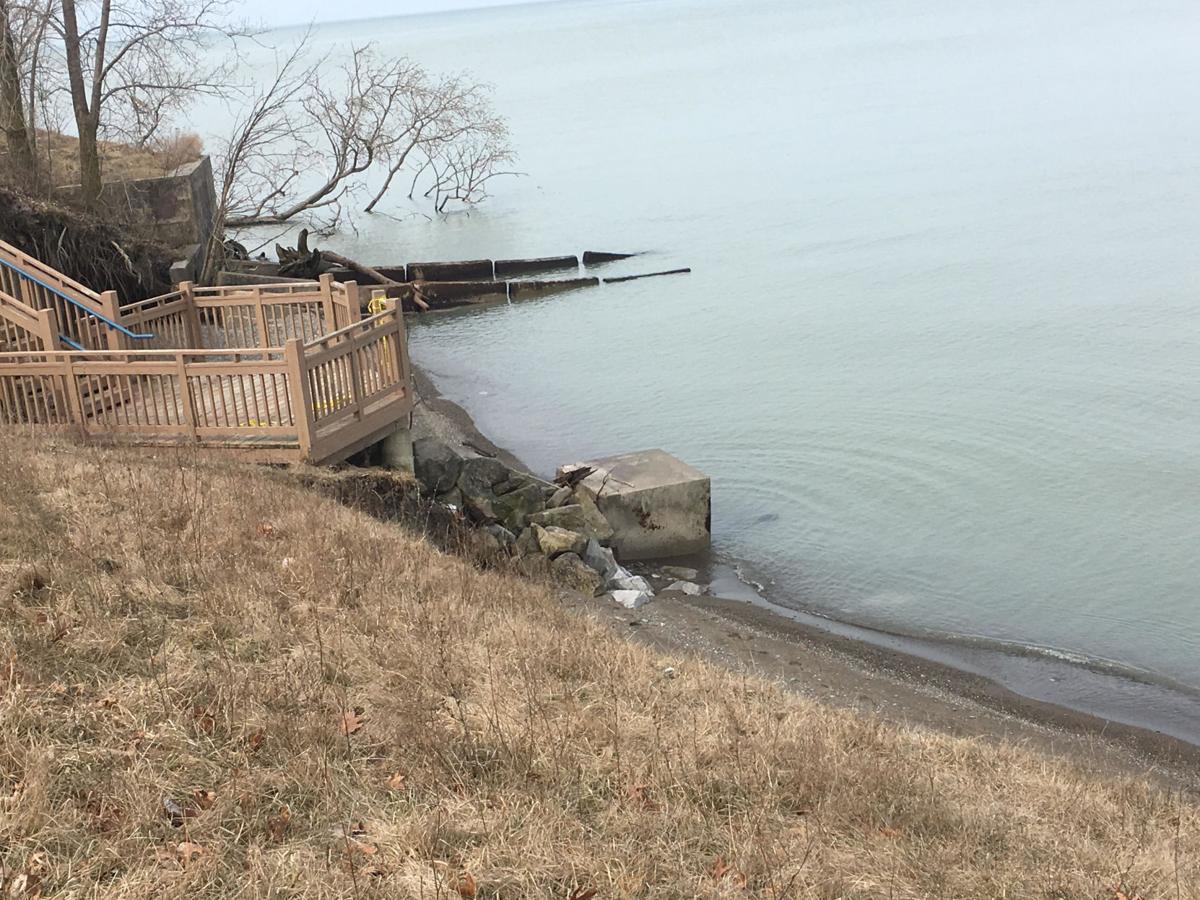 The stairs at the Overlook Beach Park in Mentor-on-the-Lake have been closed for the past several years. Now the deck is closed too.

“The deck is now closed due to the amount of land we are losing due to erosion,” Mayor Dave Eva told the News-Herald in an email. “The deck has been stable in the past but now we are being cautious because we may lose the whole structure, stairs and deck at some point in the future.”

Water levels are “well above” their long-term monthly average, according to the U.S. Army Corps of Engineers. As of March 13, Lake Erie has a mean water level of 573.88 feet, according to Army Corps data. That’s 11 inches higher than it was during the same period last year and 33 inches more than the long-term monthly average. The lake is at record-high levels for the month of March.