Great Lakes
Zin Darby (far left), along with her daughter, niece, and nephew, walk near — but not in — the water at Maumee Bay State Park in August. They’d hoped to go swimming but decided against it when they saw the toxin warning. Jamie Smith Hopkins / Center for Public Integrity 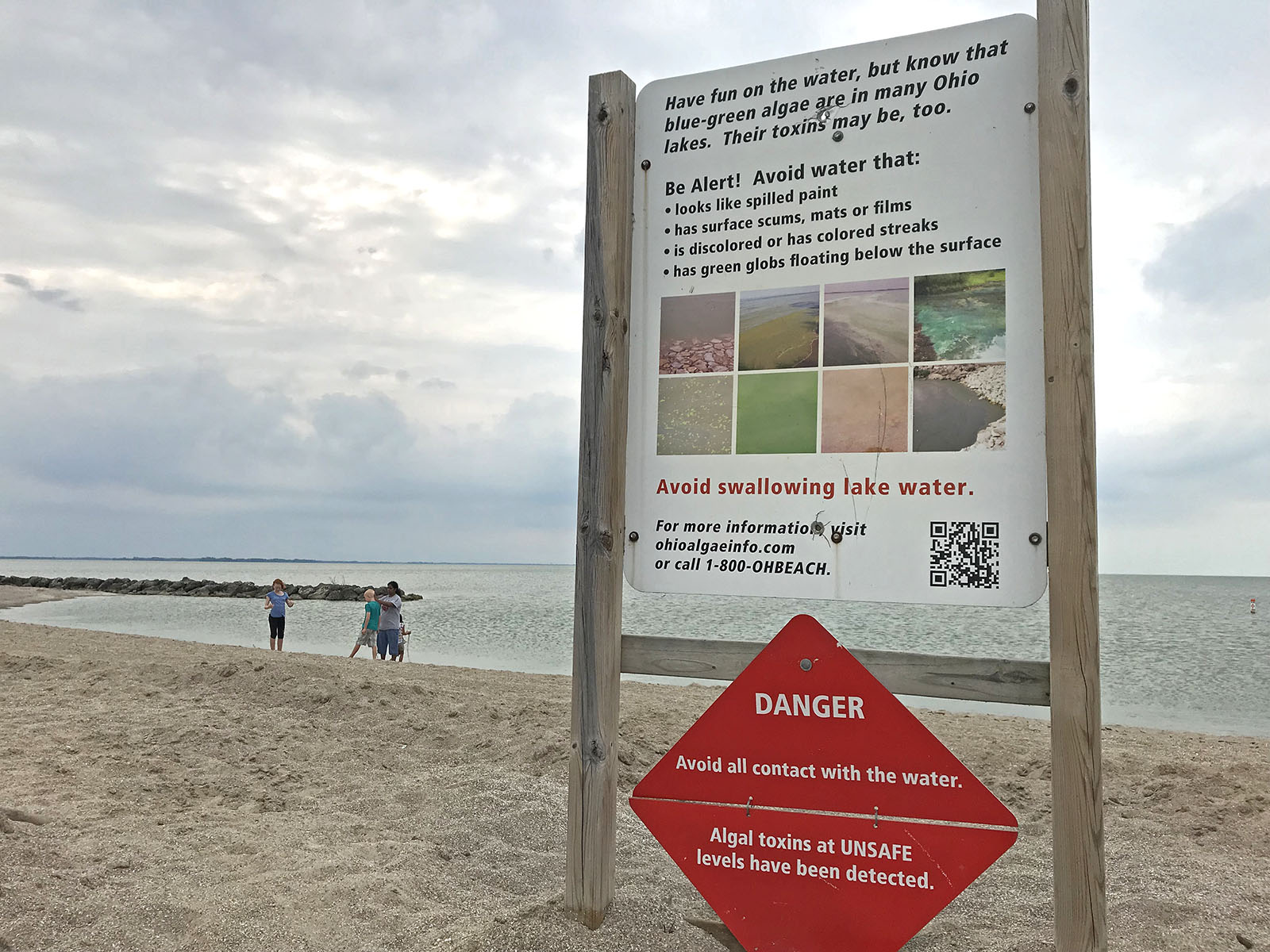 More than a dozen years have passed since Ohio convened a task force to figure out how to tackle its Lake Erie algal bloom problem. Since 2011, the state has spent more than $3 billion on it, largely to upgrade sewage and drinking water plants. But Ohio’s agriculture nutrient-reduction strategy has yet to show results.

This story was published in partnership with the Center for Public Integrity and The World.

It was sunny and 82 degrees, a perfect August day for a trip to the public beach just outside Toledo. But hardly anyone was here. And no one was swimming. “DANGER,” warned a red sign posted in the sand near the edge of Lake Erie. “Avoid all contact with the water.”

The reason: The water was contaminated with algae-like cyanobacteria, which can produce toxins that sicken people and kill pets. This is the noxious goo that cut off about 500,000 Toledo-area residents from their tap water for three days in 2014 and made at least 110 people ill.

More in this series

Fertilizer is a major pollutant. Why doesn’t the government regulate it as one?

Fertilizer feeds humanity — and it’s destroying the Gulf of Mexico

It suddenly seems like harmful algae blooms are everywhere. In some cases, they’re hard to miss, forming a colorful layer of muck on waterways; in others, they lurk below the surface, fortifying themselves before bursting back into view.

Hazardous algae scuttled swimming at Mississippi’s mainland beaches on the Gulf of Mexico for most of the last summer. They killed dozens of dolphins and hurt tourist-dependent businesses in Florida over a 16-month stretch that finally ended in February 2019. Scientists suspect they’re causing clusters of deadly liver disease across the country. In rare cases, they’ve killed people shortly after contact.

Even as toxic algae triggered no-drink orders in at least three more communities in 2018, data from the U.S. Environmental Protection Agency shows just how much worse the problem could get: Nearly 150 public water systems in 33 states have reported spotting algae blooms near their intakes in reservoirs or other water sources since 2017, in many cases multiple times, according to an analysis by the Center for Public Integrity, Grist, and The World.