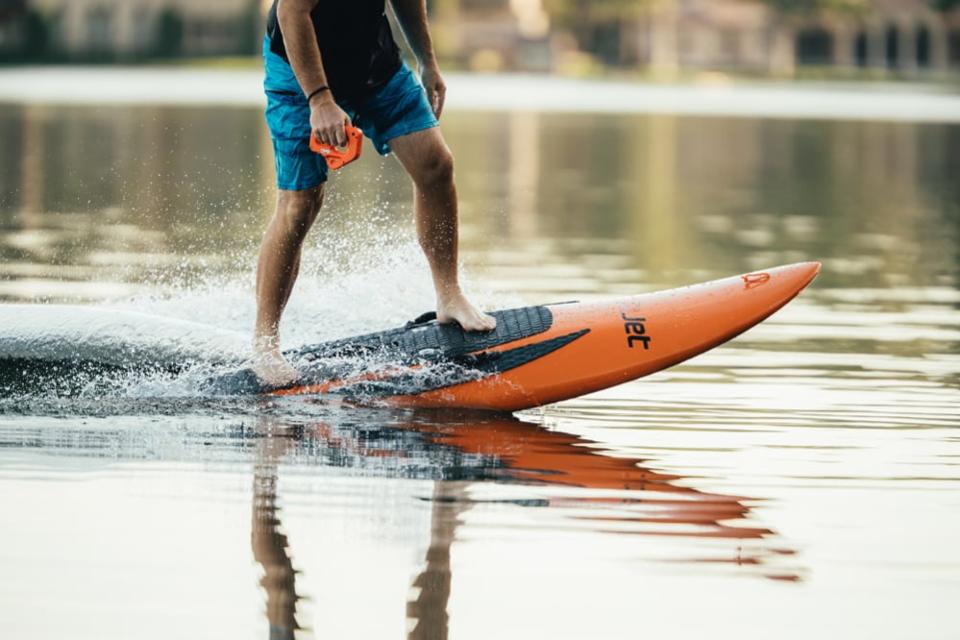 This Jet-Powered Electric Surfboard Lets You Surf Without Waves

Watersports startup YuJet is releasing a jet-powered electric surfboard next week that the company says takes just five minutes to learn and but will let you ride for about 40 minutes.

And, with a replaceable battery, doubling the fun isn’t too tough.

A carbon infused intake and impeller drives the YuJet at speeds of up to 24 miles/hour, or almost 40 kilometers/hour, but riders can adjust their speed with a wireless controller. It’s completely electric, so there’s no fuel, exhaust, or emissions, and there’s almost no maintenance — a big plus over a gas-fueled engine.

The YuJet isn’t cheap at $9,999, but the company says it has a lower total cost of ownership than most boats, jet skis, or other powered water toys, thanks largely to the electric drive. Competing options from companies like Onean start at lower price points, but there are also options ranging up closer to $20,000 from other manufacturers. One, the Awake Ravik S, is about $19,000, plus shipping from Sweden.