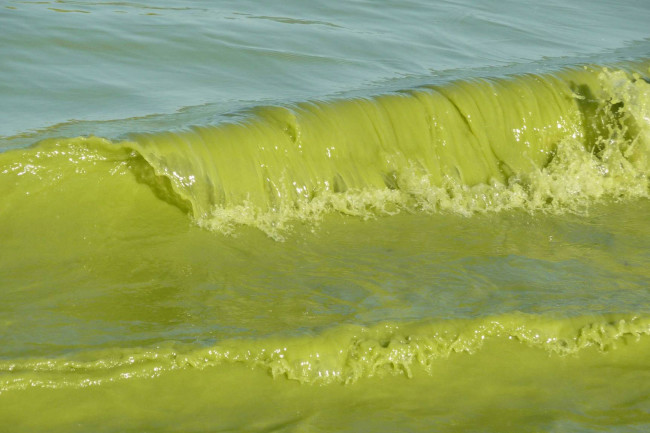 “Do Not Drink/Do Not Boil” is not what anyone wants to hear about their city’s tap water. But the combined effects of climate change and degraded water quality could make such warnings more frequent across the Great Lakes region.

A preview occurred on July 31, 2014, when a nasty green slime — properly known as a harmful algal bloom, or HAB — developed in the western basin of Lake Erie. Before long it had overwhelmed the Toledo Water Intake Crib, which provides drinking water to nearly 500,000 people in and around the city.

Tests revealed that the algae was producing microcystin, a sometimes deadly liver toxin and suspected carcinogen. Unlike some other toxins, microcystin can’t be rendered harmless by boiling. So the city issued a “Do Not Drink/Do Not Boil” order that set off a three-day crisis.