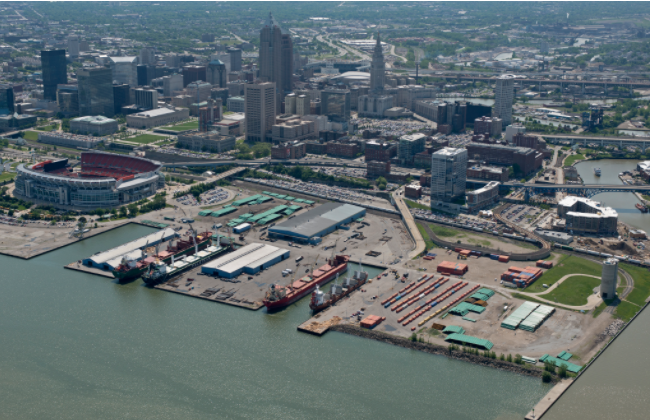 The agency has hired Kososing Construction from Cheboygan, Michigan, to perform repairs on a damaged portion of the Cleveland Harbor West Breakwater, which protects the city’s shoreline.

Nate Martin, a structural engineer at the U.S. Army Corps of Engineers, said in an email that there is “significant damage” to the concrete cap and timber crib, which is submerged underwater.

The work will begin in the coming months and it will consist of “using parallel steel sheet pile walls capped with concrete to encase the existing structure," according to a news release.

The breakwater is more than 5.5 miles long, and is important for the commercial navigation as well as recreational boating in Cleveland.

“The Cleveland Harbor plays a critical role in our local and state economy,” U.S. Sen. Sherrod Brown said in the release. “This investment will ensure ships can continue moving cargo through our port while also protecting the Lake Erie shoreline for businesses and residents alike.”

After Hurricane Sandy produced 70 mph winds in Northeast Ohio during 2012, a portion of the breakwater was damaged. A $36 million job on an eastern section by the East 55th Street marina placed “dolos” or interlocking cement pylons around the breakwater to secure it and preserve the harbor.