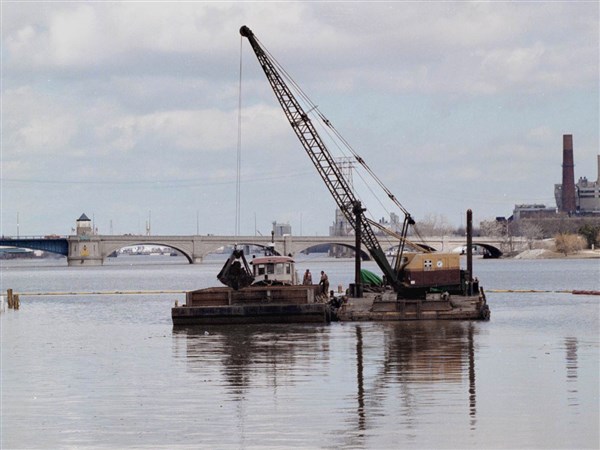 OH - A Small Step Toward a Cleaner Lake Erie

Cleaning up Lake Erie and ending the annual threat of toxic algae blooms is going to require reducing the pollution flowing out into the open lake.

And while phosphorus from agricultural runoff flowing down the Maumee River has been a major concern, so has the silt dredged from Western Lake Erie shipping lanes each year and dumped into the open lake.

On that front, 2020 has been a good year for the lake as authorities announced that for the first time in 35 years, none of the dredged up silt, clay, or other sediment will be dumped into the lake.

This is an important step — years in coming — to help restore the lake.

Scientists have warned that the practice of dumping that sediment into the open water has contributed to the algae blooms that plague the lake each summer, as well as interfered with fish spawning into Maumee Bay.

After the 2014 Toledo water crisis, Gov. John Kasich signed a ban on open-lake dredging, but for several years the Army Corps of Engineers resisted and continued to dump a portion of the dredging material into the open lake.