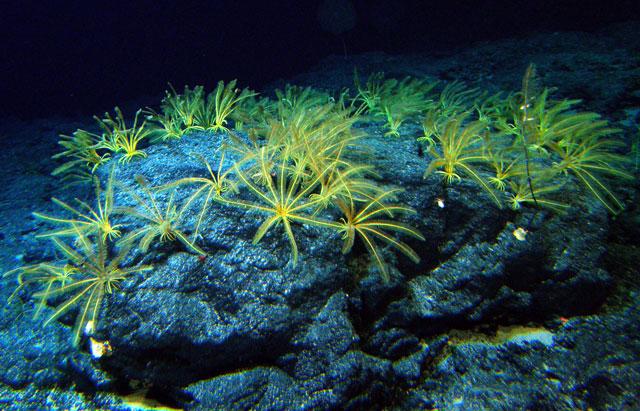 Climate change is having a bigger impact on animals and plants in the ocean than those on land, according to new research.

Climate change is having a bigger impact on animals and plants in the ocean than those on land, according to new research.

This could be because organisms that live on land are better able to avoid the negative consequences of global warming than their ocean counterparts.

Researchers have been examining the impact of temperature on biodiversity, or the variety of life on Earth. They studied life in temperate regions: the places on Earth in between the sub-tropics and the polar circles where temperatures tend to be moderate, such as Europe and North America.

Using a vast database at the University of St Andrews they examined ecosystems around the globe, looking at changes in the number of species and the total number of individuals over time, then matched these against changes in air and ocean temperatures.

Conor Waldock is a co-author on the paper, which he worked on while completing his PhD at the Museum. He is now a post-doctoral researcher at the Swiss Federal Institute of Technology in Zurich.

He says, 'We wanted to know whether we can see the influence of global warming on animal and plant life by comparing the changes in biodiversity in areas that have warmed rapidly to those that haven't had as much warming.