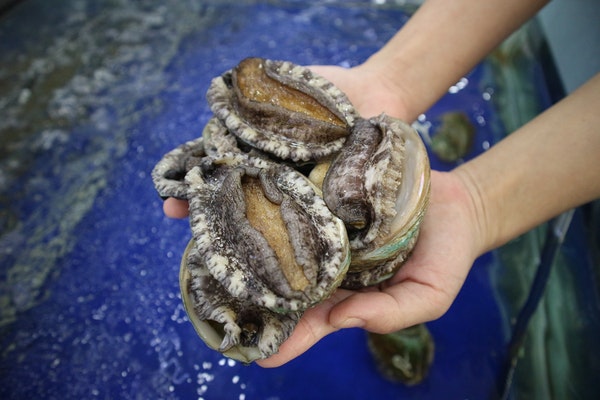 As carbon dioxide emissions dissolve into the oceans, seawater carbonate (CO3) concentrations decrease. In the future, low CO3 concentrations will threaten the survival of ecologically and economically important shellfish, as they struggle to find enough carbonate to build their calcium carbonate (CaCO3) shells. With these concerns in mind, a study published in December of 2019 in the journal Marine Biology looked at how juvenile abalone (Haliotis tuberculata), a type of sea snail, are affected by low carbonate seawater.

To examine how low seawater carbonate affects abalone physiology, researchers cultured six-month-old juvenile abalones for three months in seawater with various levels of CO3, representing current and predicted near-future conditions. They measured and compared survival and growth of the abalone, as well as the micro-structure, thickness, and strength of their shells, across a range of CO3 concentrations.

After three months of exposure, they found that the lowest seawater CO3 treatment significantly reduced the length, weight, and strength of the abalone shells. Through scanning electron microscopy, they also observed that low CO3 resulted in more porous shells with modified textures.

These findings confirm that low CO3 levels in seawater make it more difficult for H. tuberculata to build their shells, resulting in slower growth and increased shell corrosion. Abalone and other shellfish are hugely economically and ecologically important, and this study reveals yet another projected negative effect of climate change on the world’s oceans.