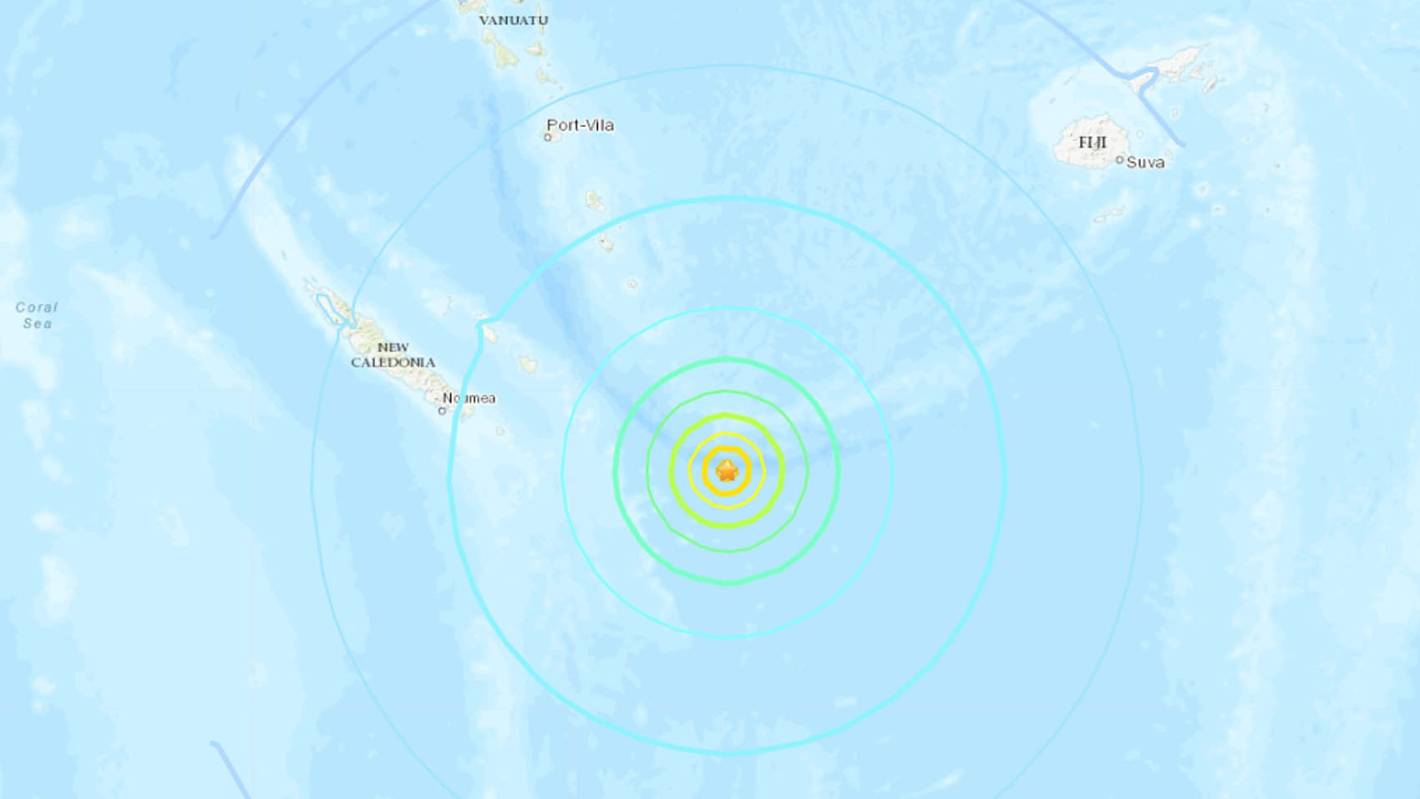 The National Emergency Management Agency (NEMA) warned of danger to swimmers, surfers, people fishing, small boats and anyone in or near the water close to some shores in the upper North Island on Thursday morning.

It lifted the tsunami warning shortly after 9am, but advised people to take precautions in coastal zones for the rest of the day due to the ongoing risk of “large unexpected currents”.

“Based on the most recent modelling and decreasing tsunami amplitudes at North Cape, Great Barrier Island and the East Cape, the tsunami threat has passed for New Zealand.”

The quake struck about 415km to the east of New Caledonia at 2.20am Thursday (NZT) at a depth of 10km, the USGS reported. Waves of up to 29cm were recorded in the country, the Pacific Tsunami Warning Centre advised. There had so far been no reports of damage.

The key New Zealand coastal areas under threat were: Ahipara Bay to Bay of Islands, Great Barrier Island, and from Matata to Tolaga Bay. People in these areas had been advised to move out of the water, off beaches and shore areas and away from harbours, rivers and estuaries.