International
Deep Sea Mining - From a dedicated control room aboard the Hidden Gem, Allseas engineers successfully drove the pilot collector vehicle over 80 kilometers across the seafloor in the NORI-D exploration of the Clarion Clipperton Zone of the Pacific Ocean. Photo: The Metals Company 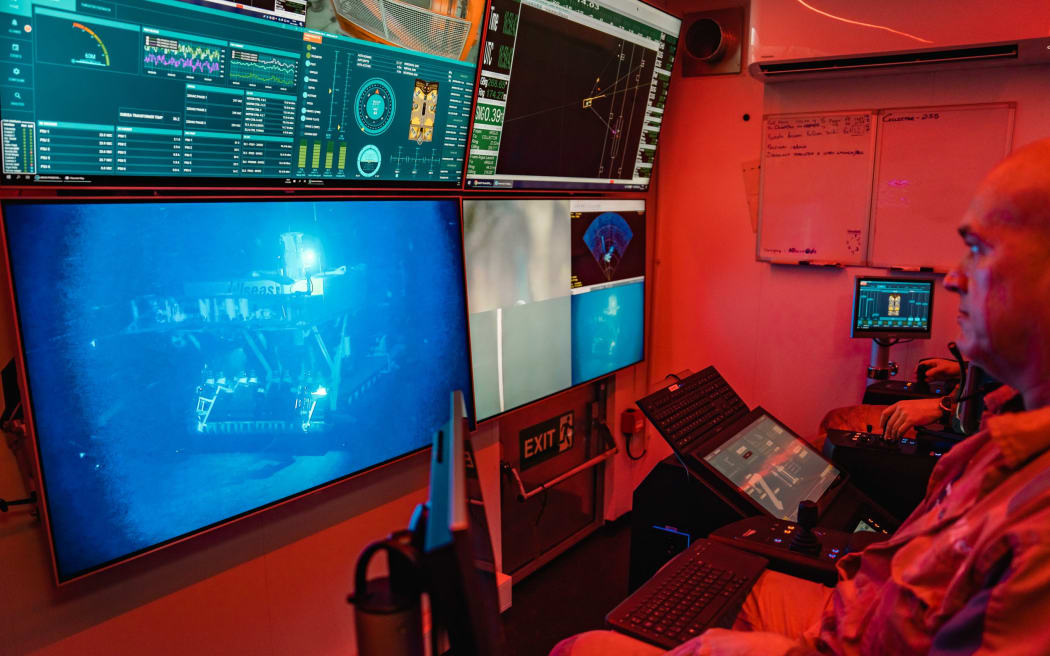 The Canadian miner, the Metals Company, has announced the completion of a controversial deep sea bed mining trial in the Pacific.

The trial was approved by the International Seabed Authority in September much to the dismay of Pacific countries and ocean advocates calling for either a moratorium or a permanent ban on deep sea mining.

The company announced Tuesday 15 November in a newsletter that its subsidiary Nauru Ocean Resources Incorporated (NORI) and offshore partner Allseas had completed their system test in the Clarion Clipperton Zone with environmental impact monitoring still ongoing.

It said the mining trial involved engineers driving a pilot collector vehicle across over 80km of the seafloor collecting approximately 4,500 tonnes of nodules and bringing over 3000 tonnes up a 4.3km riser system to the surface production vessel - Hidden Gem.

In September, when the International Seabed Authority approved the trial, ocean conservationists condemned the decision describing it as mining being disguised as research.

In recent weeks a growing number of countries around the world including New Zealand, France and Germany have joined Pacific nations in calling for either a temporary or permanent ban on seabed mining.

The consensus is that not enough is known about the deep sea to understand the impacts mining will have on already fragile ocean ecosystems.

But the chief executive and chairman of the Metals Company, Gerard Barron said they believed in making decisions based on data and evidence, not speculation and sentiment.

"This pilot collection system trial and monitoring campaign is the single most important milestone in de-risking the NORI-D project and establishing actual data on the environmental impact profile of potential nodule collection operations and improvements we can make going forward," Barron said.