International
Vehicles are banned from most beaches in New Zealand unless they are launching or retrieving a boat. Kendall Hutt / Stuff 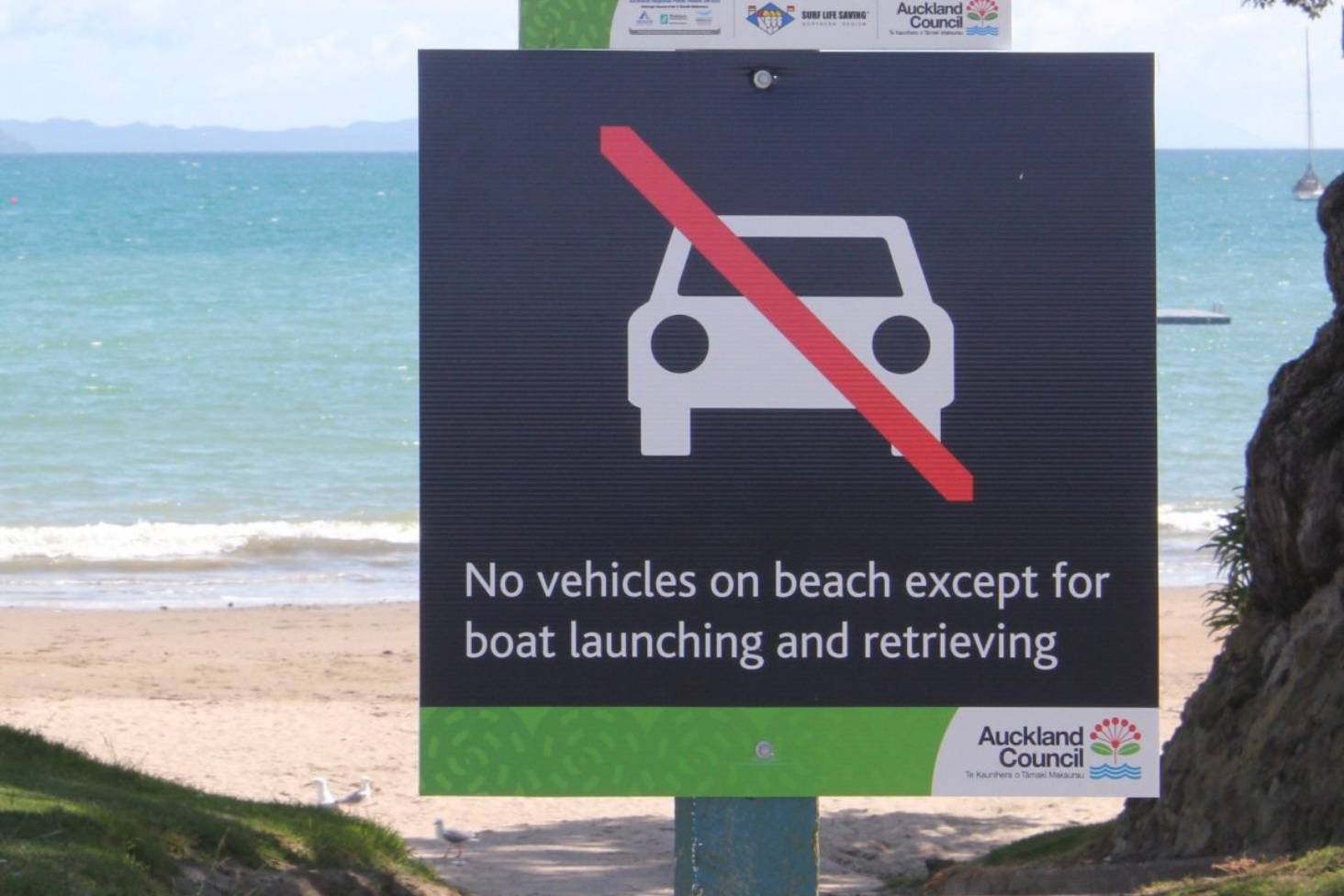 Should people be allowed to drive vehicles on beaches? It's a divisive question in Clutha District. As well as hearing from ecology experts, Bruce Munro talks to those up-in-arms on both sides of the argument and discovers a surprising, potentially flammable, point of agreement.

It is a quintessential Kiwi Christmas Day in one of New Zealand’s premier natural beauty areas - picnic lunch at Owaka Heads, in the Catlins.

A couple are sitting, enjoying their food and the view, when two people drive up in a large SUV and, instead of stopping in the car park, park on the rocks directly in front, blocking their view of the sea.

"They didn’t even get out of their vehicle," the woman recounting the incident says with feeling.

But as annoying as it is for the couple, it is worse for another beach user.

This week, Clutha District Council has started listening to oral submissions on what is proving to be a highly controversial and divisive issue - a proposed bylaw banning most vehicles from eight of the district’s main beaches.

Feelings are running deep and patience short. Tit-for-tat petitions, vocal outbursts and hundreds of public submissions have fuelled the fire. One side argues vehicles on beaches are endangering people, wildlife and ecosystems. The other contends the bylaw is a largely unneeded intrusion on a time-honoured tradition. Both cannot be correct. But despite being in opposing corners, the two sides do agree on one point - for opposite reasons.

Last month, Clutha District Council (CDC) called for public submissions on its proposed Vehicles on Beaches bylaw. The bylaw would ban vehicles, including motorbikes, from eight beaches, most of them in the Catlins.

The only exemptions would be for emergency services, boat access, and access to property, such as cribs, otherwise inaccessible by road.

All beaches in the district would become subject to other provisions under the proposed bylaw. These include a 30kmh speed limit; avoiding dunes except for beach access; driving in a "courteous, appropriate, safe, and responsible manner"; and, respecting other beach users and wildlife.

The council has held six, sometimes heated, community consultation meetings. Its postal and email inboxes filled with more than 1000 submissions, dozens of them wanting to speak during hearings that began on Thursday.

How many submissions were for, and how many against, was unclear at the time of writing because they were still being processed by council staff.

Not everyone is willing to speak openly. The topic has been polarising to the extent The Weekend Mix was declined on-the-record comment by people on both sides because feelings in their communities were running so hot.

Noticeable momentum for a vehicle ban began with a petition launched by Invercargill conservationist Sian Mair, 18 months ago.

Mair, founder of environmental group Sea Society, urged people to sign her online petition calling on the CDC to ban vehicles from Surat and Cannibal Bays in order to protect the beaches’ New Zealand sea lions. More than 5200 people have signed Mair’s petition.