International
Jo Poland, property owner on Ocean View Road, in Port Waikato. One erosion map predicts the sea may be through her house in the next 20 years. 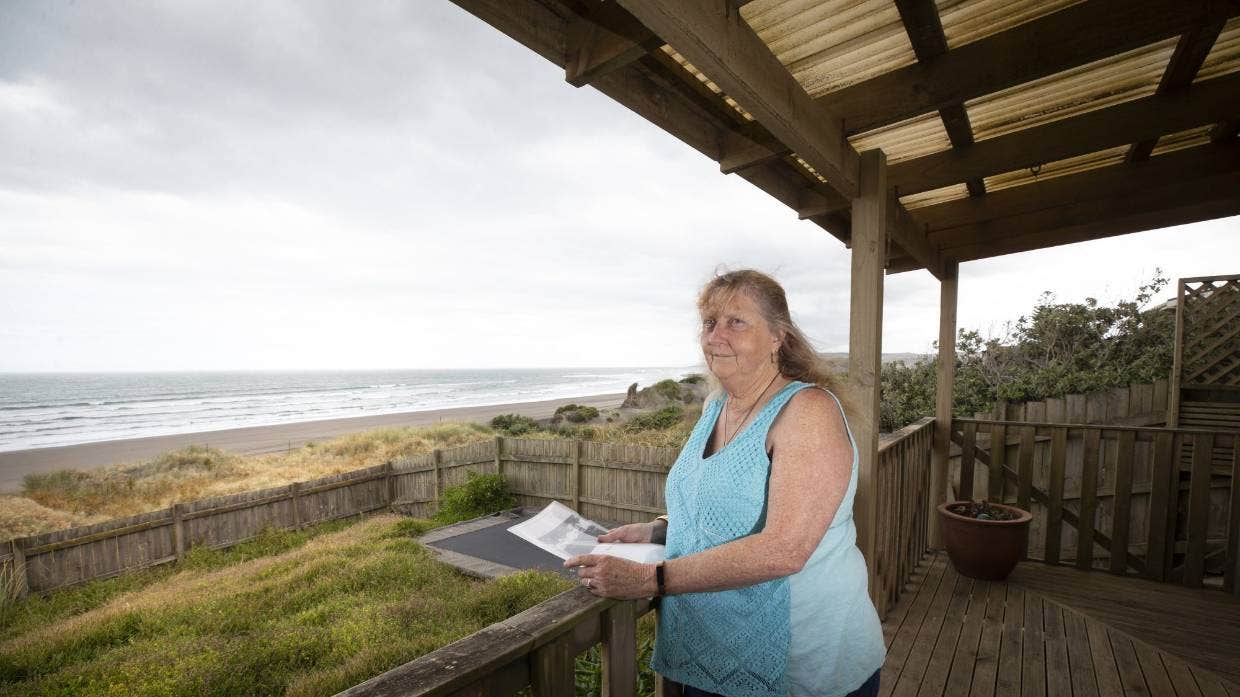 A recent Quotable Value (QV) survey of property consultants and valuers named coastal areas in most regions the most likely to increase in value in 2021. Climate economist Belinda Storey said Port Waikato was a “glaring example” of how New Zealanders still want coastal property.

When Jo Poland bought at Port Waikato in 1994, she looked at the turquoise ocean through rows of undulating dunes and thought she'd won big.

The $34,000 section on Ocean View Road was the 68-year-old’s ticket to building a family holiday home and a relaxed retirement.

But living by the beach isn’t relaxed when the sea could wipe out your home in two decades.

Erosion has made the dunes, once deep gullies where Poland’s family lit bonfires, precarious cliffs.

“It's burying your head in the sand if you don't think the erosion will affect you,” Poland said.

The popular holiday spot on the North Island’s West Coast has long been affected by a natural phenomenon where sand movements build up, then erode the shore.

In 2019, a beach-front house and the community’s surf club was demolished as they teetered too close to the sea.

One erosion map shows a street of houses washed away in 20 to 50 years’ time if potential rates of erosion continue.