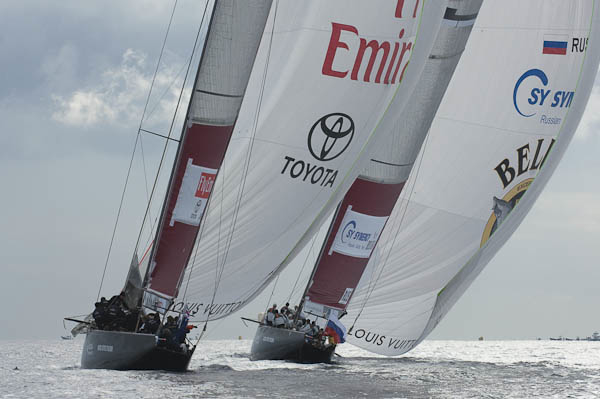 With four America's Cup wins under their belts, Team New Zealand can now claim to be the most successful America's Cup team in modern history but how did they get there?

The personnel may have changed over the years, but the Emirates Team New Zealand that won the America’s Cup in Auckland in 2021 is very much a continuation of the Team New Zealand who first won the cup back in 1995.

That New Zealand team – sailing under the flag of the Royal New Zealand Yacht Squadron – has won four America’s Cups is impressive stuff and surely moves them into position as the greatest modern America’s Cup team. Since the 137 year domination of the event by the New York Yacht Club from 1851 – 1983 there are few teams that have managed to win on multiple occasions.

Perhaps, though, more impressive than the number of outright America’s Cup wins the Kiwis have taken is their consistent high level in the event throughout a significant span of time.

Since their first America’s Cup win in 1995, Team New Zealand has been in every America’s Cup match – excluding a Deed of Gift match in 2010 which saw Larry Ellison’s Oracle Team USA challenging Ernesto Bertelli’s Defender Alinghi.

To look back at the New Zealand team’s history in the America’s Cup is to look at something of a relentless machine. In 1995, they won the Cup, in 2000 they successfully defended, in 2003 they lost, in 2007 they won the challenger selection series but lost the Cup, in 2013 they won the challenger selection series and were a point away from victory in the Cup when they lost to oracle Team USA, in 2017 they won, and finally in 2021 successfully defended.

All of which is to say they have been in every America’s Cup match it was possible to be a part of since 1995. That is a phenomenal achievement from any nation, but for one composed of just under 5 million people and in a relatively isolated position in the South Pacific, it is all the more impressive.