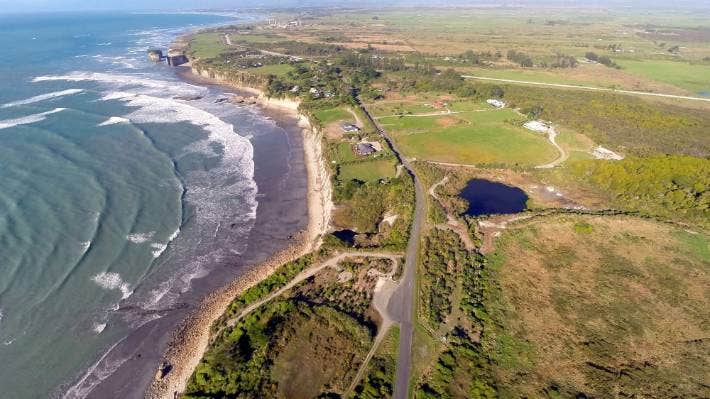 An ambitious plan to turn a 150-hectare quarry into a lake surrounded by native forest and wetland for public use hangs in the balance after the area was sold to a private developer.

The quarry operated by Holcim at Cape Foulwind near Westport was in operation from 1958 to 2016, producing 900,000 tonnes of limestone and marl annually.

It sits in Tauranga Bay, which artist and surveyor Charles Heaphy described as the prettiest view in the world when he trekked from Nelson to the West Coast in 1846.

The same view is admired today by the nearly 100,000 tourists who visit the nearby fur seal breeding colony every year.

The company won numerous environmental awards for its plan to turn the quarry into a lake surrounded by “a mosaic of indigenous forest and wetland communities similar to that which would have existed prior to human principally European arrival”. Areas to be restored included farmland, the quarry operations area, and overburden dumps.

A Holcim spokeswoman said extensive rehabilitation and stability work on the quarry continued until the company sold the land in 2020. Nearly 1 million trees planted, due to reach maturity in 20 years time, had been planted.

“Holcim believes that the rehabilitation requirements under the [Buller District Council] district plan are generally completed,” she said.