International
Greenpeace’s Rainbow Warrior in front of the Maersk Launcher, a ship chartered by DeepGreen, one of the companies spearheading the drive to mine the deep sea. 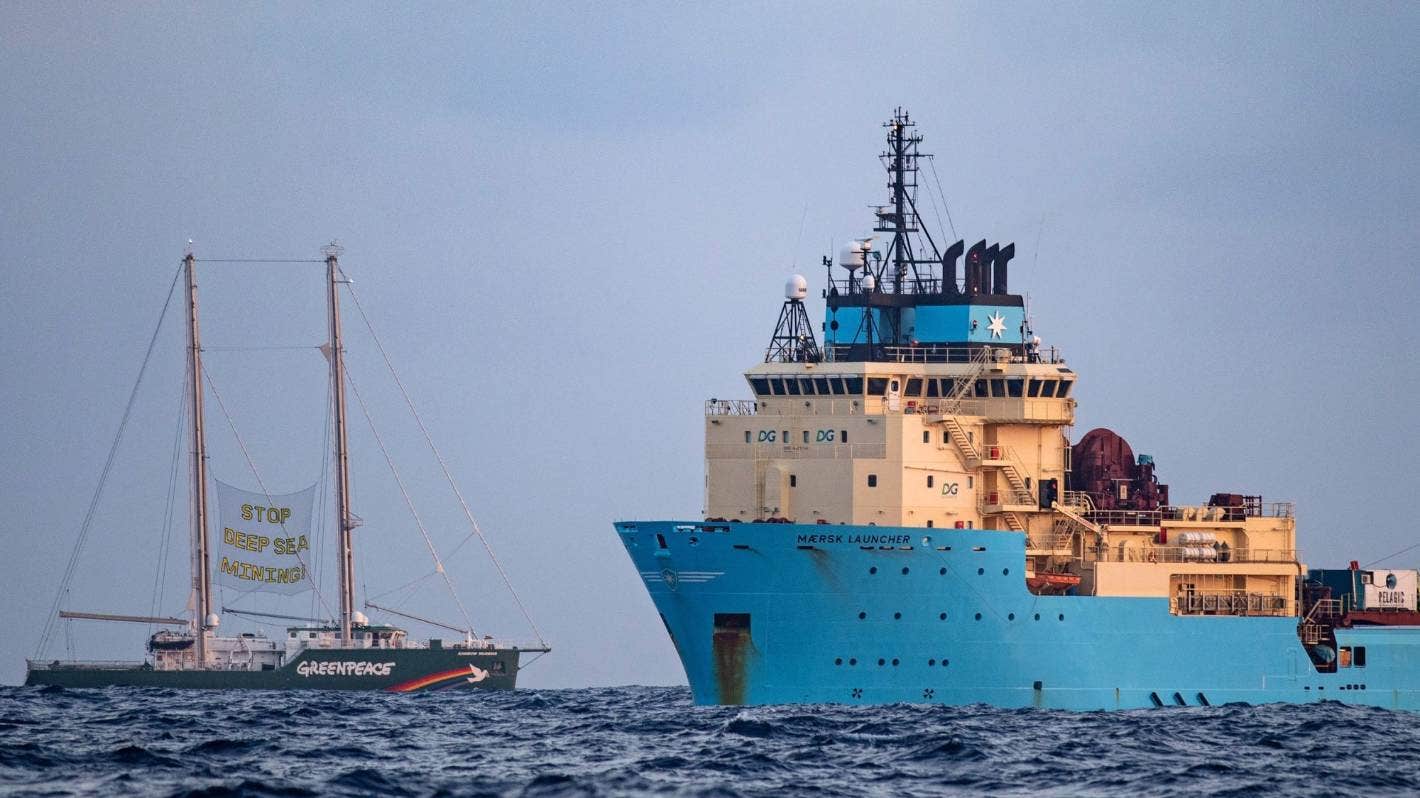 A deep-sea mining company has been given the go-ahead to take 3600 tonnes of the Pacific Ocean sea floor in a controversial trial of its proposed mining project.

Nauru Ocean Resources Inc, a subsidiary of Canadian firm The Metals Company, says it has received permission from the International Seabed Authority (ISA) to pilot its extraction of 3600 tonnes of metal-rich “nodules” from an area of international seas.

The permission has been granted without the ISA finalising negotiations for deep-sea mining laws and regulations. The ISA is an organisation established by the United Nations.

The Government has resisted calls to take a stance against deep-sea mining, saying mining should occur only once strong environmental safeguards are finalised through ISA negotiations.

“New Zealand’s position is that deep sea mining should not take place unless we can ensure the effective protection of the marine environment as is required under the UN Convention on the Law of the Sea,” the spokesperson said in a statement.

The mining has been opposed by four Pacific nations: Palau, Samoa, Fiji, and Federated States of Micronesia. At an oceans conference in Lisbon in June, French President Emmanuel Macron also called for deep-sea mining to be banned.

“The ISA is just showing that it's not fit for purpose if it's granting these large-scale, trial mining applications before it's finalised its [regulatory] regime and without any robust process,” Sage said.