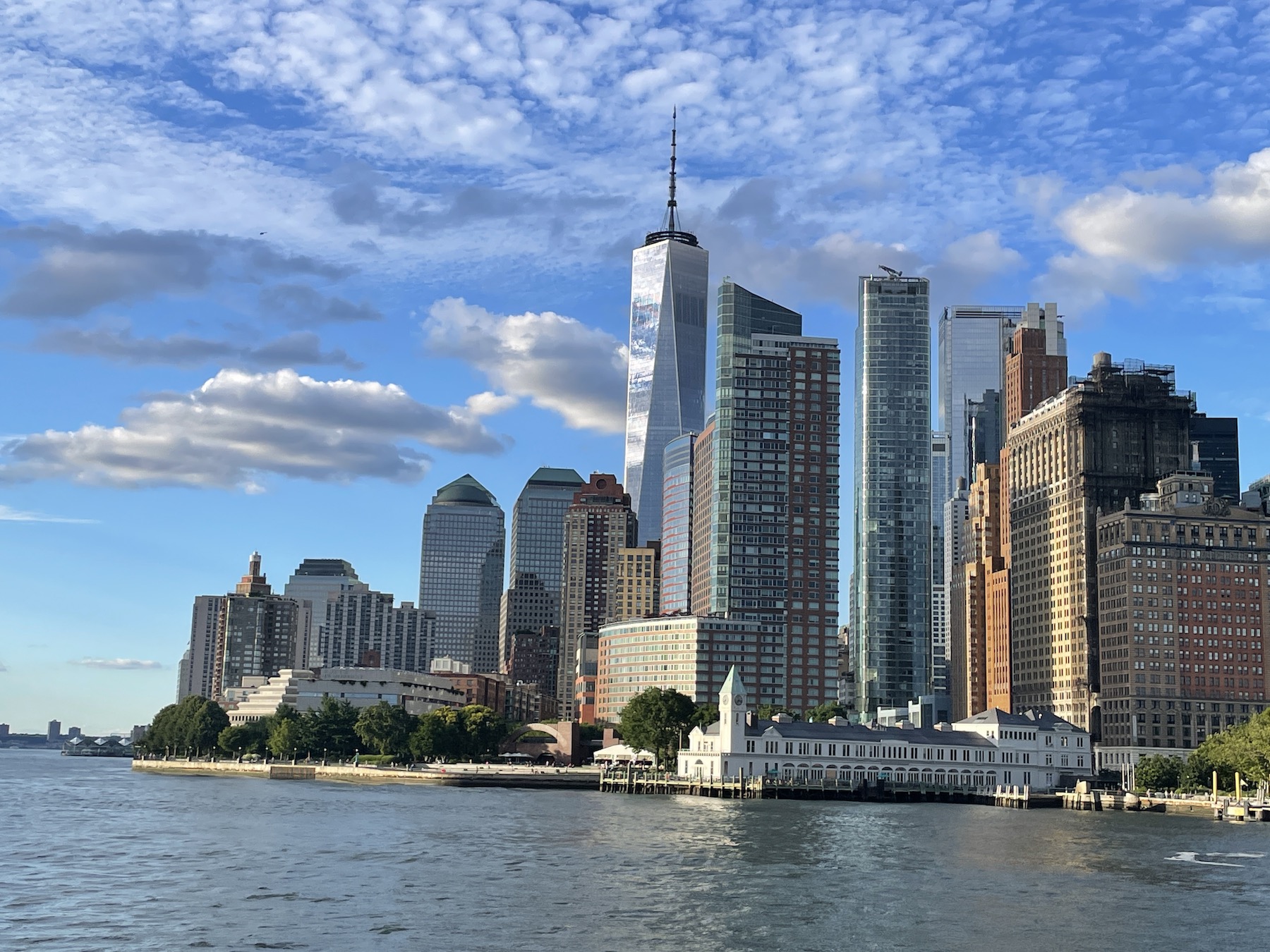 All across Lower Manhattan, from Tribeca to Two Bridges, a slew of coastal resiliency measures are being implemented — some more contentious than others — in order to protect the island’s southern tip from storm surges and rising sea levels.

Sea levels are expected to rise by about 6 feet by 2100, Jordan Salinger from the Mayor’s Office of Climate and Environmental Justice, told Community Board 1 on July 18. Coastal storms like Sandy will have an increased impact on the city; modeling is largely based off of preliminary 2015 insurance maps.

It’s no secret that some of these resiliency measures have been contentious. Just ask anyone that’s heard of E.S.C.R., short for East Side Coastal Resiliency,the city’s plan to bury the already-half-demolished East River Park and build it back at a higher elevation.

More recently, concerned residents of Battery Park City have questioned the need to raise (and raze) Wagner Park, calling for an “indefinite pause” to a plan that’s expected to begin in September.

While some plans are progressing rapidly — think Two Bridges and Battery Park City — other key, low-lying areas, including Hudson River Park, north of Chambers Street, and FiDi, on the east, are likely to remain unprotected for at least the next decade due to a lack of funding.

The Battery Park City Authority plans to begin demolishing Wagner Park starting after Labor Day weekend, as part of its $221 million South Coastal Resiliency project. Similar to as in the East River Park project, Wagner Park will be reconstructed at an increased elevation of 10 to 12 feet to protect against future storm surges and rising sea levels.

While the park itself did not flood during Sandy, a low-lying area directly to its east, referred to as a “pinch point,” did.

Since the planning process began in 2016 some changes have indeed been made to the initial park redesign, as demonstrated at a recent town hall presentation. But to Alice Blank, vice chairperson of Community Board 1, for the most part these have been minimal.

“It’s unfortunate with every one of these projects, where we are coming in well after the fact when the plans have already been instituted, and that’s continually a problem with participatory planning — there’s no public participation in the plan except to react to it,” she said in an interview.

A statement from C.B. 1 Chairperson Tammy Meltzer notes that, “CB1 repeatedly questioned the need to raze Wagner Park and the pavilion and is on record opposing this approach,” adding that, “It is crucial that all current and future work be phased to prioritize the areas with most acute need, located at the pinch points and lowest-lying levels, such as Pier A, Chambers Street and West Street.”

In the midst of the contention surrounding Wagner Park, the Battery Park City Authority is in the initial planning stages for its north and west resiliency plans (estimated to cost $630 million), including Rockefeller Park, the once-future site of former Governor Cuomo’s beleaguered Essential Workers Monument. Those projects could kick off construction as early as summer 2023.

At an Open House on June 29, the Authority presented three potential alignments for each of the area’s seven sections, which connect to N Moore Street at the north and Wagner Park at the south.

An interactive presentation is available online, and the Authority is accepting comments through the end of the month.

Some proposals don’t include cutting down trees or raising the park’s overall height — at least not at the moment. Instead they contemplate building a network of flood barriers that would protect against storm surge but not necessarily against sea level rise.

“The disadvantage is that, in terms of especially the longer-term horizon, as flooding becomes more frequent and as storms become more severe, there is more risk associated with ultimate usability and accessibility of the park,” Gwen Dawson, vice president of Real Property at the Authority, told The Village Sun.

Plans that don’t involve elevating the park wouldn’t preclude it from being done in the future, she added.

In the Two Bridges section of the Lower East Side, the $522 million Brooklyn Bridge-Montgomery Coastal Resiliency (B.M.C.R.) plan, funded by the city and federal governments, will elevate a portion of the East River promenade, installing flip-up and roller flood gates that would flip up in the event of a storm. The plan also adds new community amenities, plus improves sewer and drainage infrastructure. Construction should begin in the fall.

The section of the East River esplanade under the F.D.R. Drive isn’t exactly green, luscious parkland, but it’s heavily used in the evenings by the working-class and immigrant communities in the surrounding area.

Portions of the esplanade are already roped off due to disrepair, and tidal flooding is a daily reality. Tiger dams, a form of interim flood protection, surround the Al Smith Houses, a New York City Housting Authority development at heightened risk of flooding.