Northeast
Complying with a court order, East Hampton has revoked all beach driving permits and will issue new stickers beginning in October. 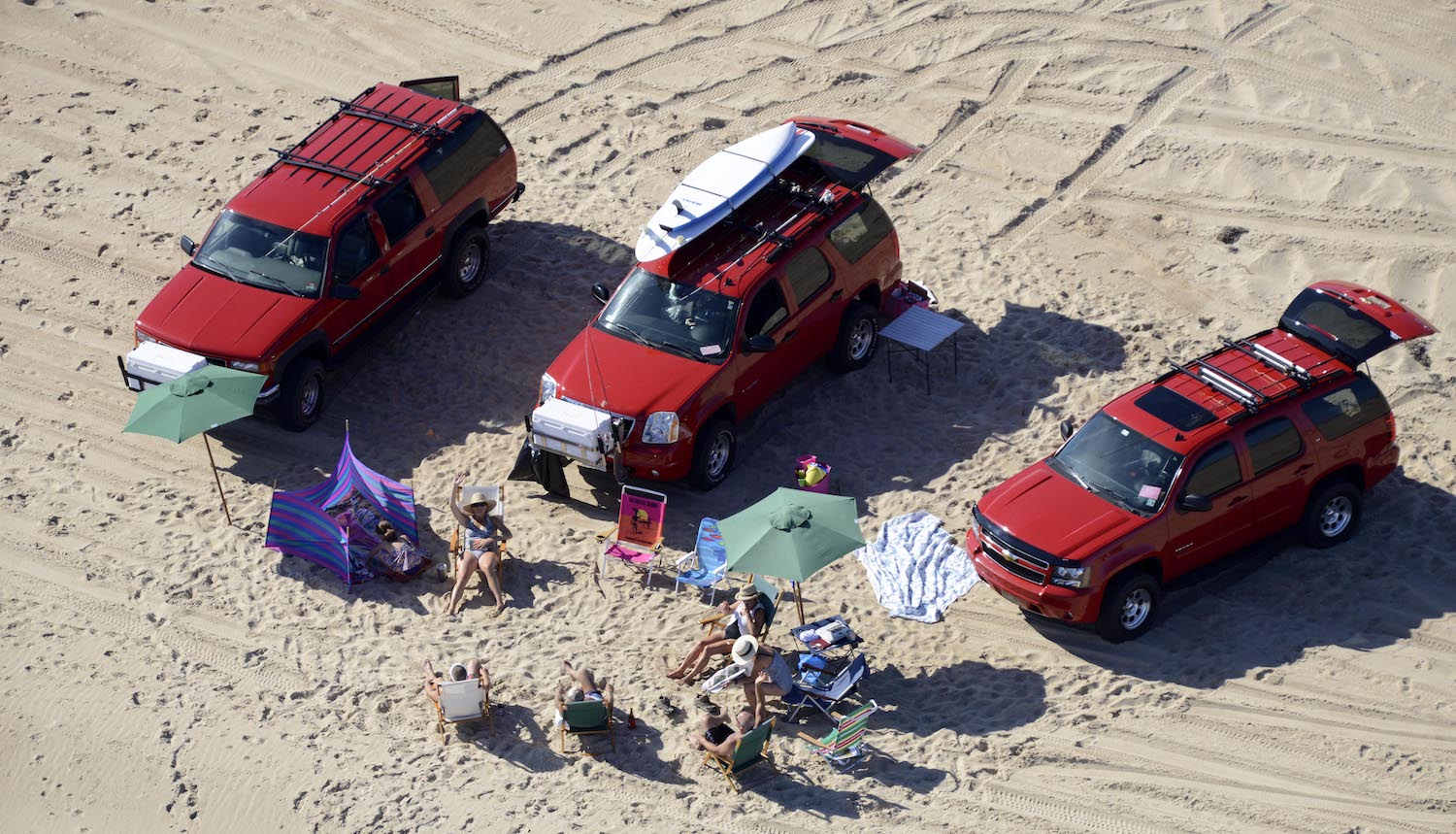 The East Hampton Town Board voted unanimously last Thursday to revoke all beach driving permits previously issued by the town clerk's office and declare that no permit issued by the town before or after the resolution confers the right to drive on the 4,000-foot stretch of ocean beach at Napeague popularly known as Truck Beach.

The vote was the latest fallout in litigation that started in 2009, when property owners had asserted their ownership of the beach in parallel lawsuits against the town and town trustees, who sought to defend town residents' right to drive and park vehicles on that beach.

The town will mail a postcard to all permit holders "notifying them that there is a revocation of the existing permit," Supervisor Peter Van Scoyoc said. Recipients are to keep the card as a temporary new beach permit. Permanent beach driving stickers will be issued beginning in October, he said.

The move complies with the New York State Supreme Court Appellate Division's 2021 determination that the deeds to nearby properties extend to the mean high water mark, rendering the beach privately owned and the town lacking authority to allow driving or parking of vehicles there.

This comes after State Supreme Court Justice Paul Baisley Jr. found the town and trustees in criminal and civil contempt on June 30 for violating the 2021 ruling by continuing to issue beach driving permits and not doing enough to stop people from driving or parking on the section of beach in question.

The judge also ordered the town and trustees to pay the plaintiffs' costs and attorneys' fees associated with the years-long legal battle. One of the attorneys for the Napeague homeowners associations submitted a bill to the Suffolk County Clerk for more than half a million dollars. An attorney for the other four homeowners associations in the litigation submitted a bill totaling $32,625.

The Appellate Division's ruling last year reversed a 2016 decision in favor of the town and trustees. The claims hinged on an 1882 deed in which the trustees, who own and manage many of the town's beaches on behalf of the public, conveyed some 1,000 acres on Napeague to Arthur Benson. The Appellate Division held that a "reservation" in the Benson deed allowed the public to use the homeowners associations' portion of the beach only for fishing and fishing-related purposes. However, that, the Appellate Division said, did not confer on the town and trustees authority to issue permits allowing the public to drive and park vehicles on any portion of the beach owned by the homeowners' associations.