Northeast
Flooding in Broad Channel, one of dozens of neighborhoods that faces serious threats from sea-level rise and coastal storms. via City Limits 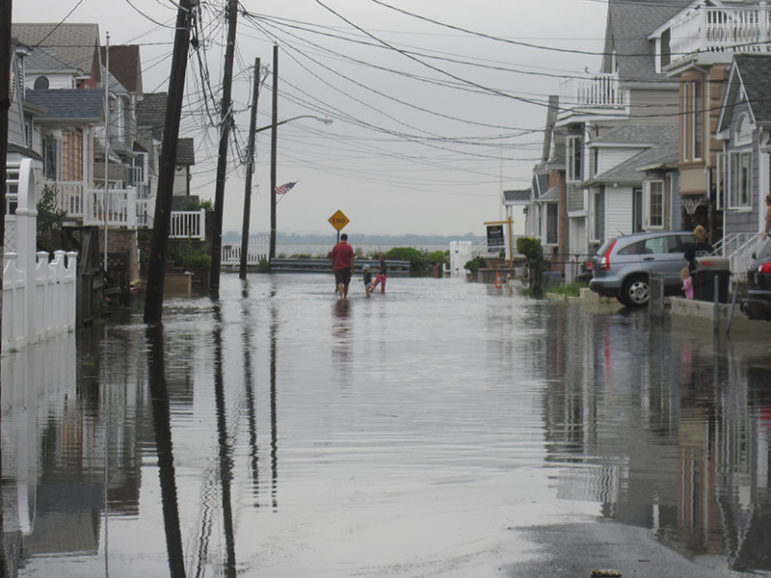 When New Yorkers cast their ballots in November’s presidential race, they will also have a chance to vote on a $3 billion bond act that, advocates say, gives the metropolitan region a chance to be ready for the higher seas and stronger storms that climate change will almost certainly send its way.

Right now, New York City and its neighbors are far from prepared for that threat. That’s why a coalition of more than 50 groups calling itself Rise to Resilience on Friday released a detailed strategy blueprint of comprehensive, dramatic action to brace for New York and New Jersey’s wetter future.

“How do we address the six feet of sea-level rise we expect by the end of the century?” is the simple if daunting question the report tries to answer, according to Kate Boicourt of the Waterfront Alliance, which convened the coalition. “There really has been no group fighting for the 1 million-plus and rising who are in the floodplain now in New York and New Jersey.”

The ballot measure, the Environmental Bond Act of 2020, which passed the state legislature in March, would create up to $3 billion in funding—a large chunk of it devoted to coastal resiliency and flood-risk reduction. While polls earlier in the year showed broad support for the measure, the new fiscal politics created by COVID-19 make passage less of a sure thing.