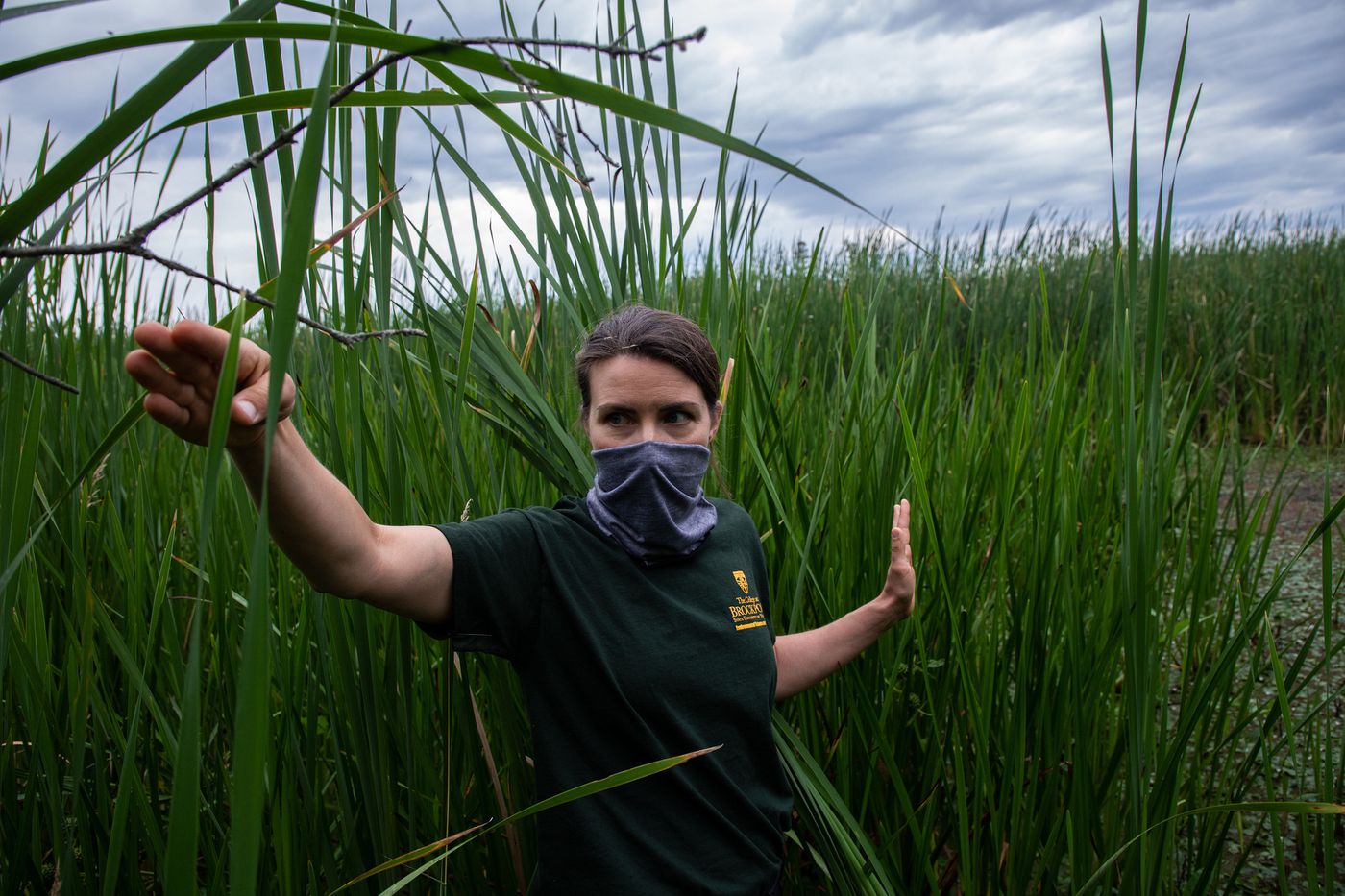 GREECE, N.Y. — Lake Ontario is more swamp than mighty Great Lake at the edge of Braddock Bay, where 15-foot cattails rustle in the breeze.

The wetland is thick with the giant invasive plants. They stretch from the coastal forest into the bay, obscuring the view of the choppy open water beyond the peninsula that shields the calm inlet.

Somewhere among the cattails is wetland scientist Rachel Schultz, tromping through the soupy muck in knee-high wading boots. She's talking with graduate student Sarah Kirkpatrick, and while her voice is audible, the wall of vegetation obscures the two scientists from view even though they stand only a few yards off in the marsh.

The Braddock Bay ecosystem where Schultz and Kirkpatrick are conducting a series of studies is a prime example of how climate change and fluctuating levels on Lake Ontario have altered the shoreline habitat. Only minutes away from the residential neighborhoods of Rochester and its suburb Greece in upstate New York, the marshland on the central Lake Ontario shore provides a series of clues about how more precipitation, warmer temperatures and a historically high lake have changed the natural environment.

Great Lakes wetlands like the ecosystem in Braddock Bay are particularly susceptible and have been lost at a higher rate than other types of ecosystems, Schultz said. Throughout the Great Lakes basin, about 70% of wetlands have vanished, and coastal areas in particular have lost 50% of their wetlands, mainly because of urban development and agriculture.

The cattails are one of the most noticeable warning signs of a changing coast. Braddock Bay has been inundated with high water two of the last four years, and while flooding has provided complicated challenges for coastal residents, business owners and the natural shore, the fluctuation of levels and how humans regulate them also alters the wetlands.

While higher highs grab headlines, since the mid-1960s, Lake Ontario also has experienced a lack of low lake levels compared with its Great Lakes counterparts. Man-made regulation of the lake’s outflow reduced some fluctuations in water levels, helping the invasive variety of cattail crowd out other plants better suited for lower water conditions.