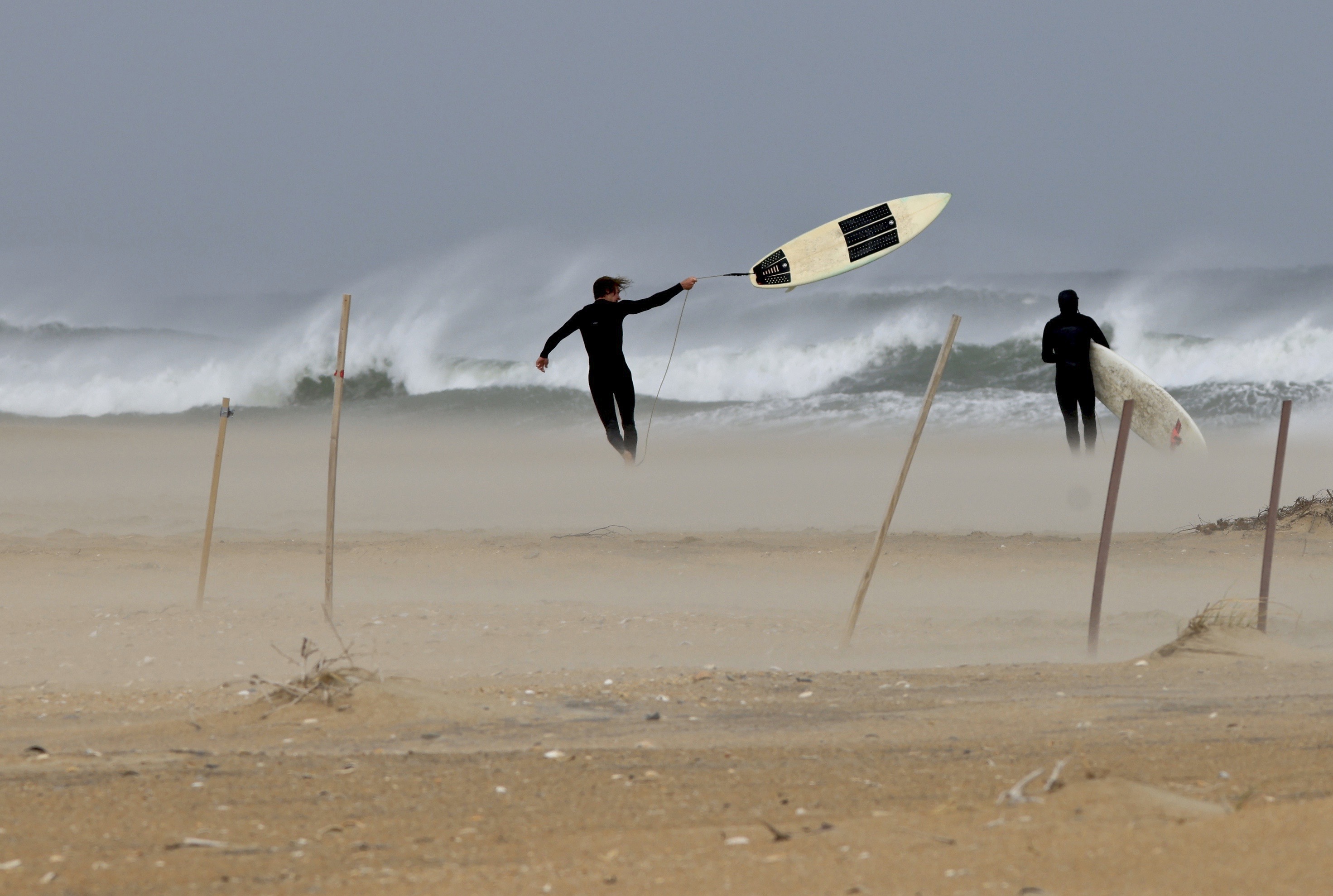 NY - The Gusts and the Gusto

Home-wrecking coastal storm gives the East Coast a week of wind and waves — but mostly wind.

So, a couple houses fell into the ocean in Rodanthe. Again. Which is 20 minutes from my own house, which is undamaged because I’m on that mellow side of the bridge, which they closed on Tuesday because NC 12 got flooded out. Again. Which is kinda just old hat. That’s kinda just what happens around here whenever a big storm swallows the East Coast.

On either side of Tuesday, though, some surfing did happen. But those who partook really had to work for it. The winds were clearly in charge of this event, start to finish.

“There’s no better illustration of the challenges involved with scoring good surf on the East Coast than what we saw with the last two big storms,” explains Surfline’s Charlie Hutcherson, “both of which happened only a few weeks apart, and incidentally, each after a holiday. But their outcomes couldn’t have been more different. Back in mid-April, the Post-Easter Nor’easter delivered all-time surf to New Jersey, along with a good shot of swell to New England all the way down to Florida after low pressure moved off the Carolinas and intensified over the Western Atlantic. The key there was the timing. After moving offshore, that low tracked northward overnight and through the Northeast, allowing high pressure and its strong offshore winds to move off right around daybreak. In contrast, this Mother’s Day storm that we’re still dealing with, well, it did everything it could to make sure no one had a good time. Once again, low pressure moved off the Carolinas and intensified, but that’s where the similarities end.”

If you had to pick a winning zone for this swell, though, Western Long Island at least looked the prettiest. But looks can be deceiving. “Some crazy ones out there, but it was hard,” legendary New York water photographer Mike Nelson reported after linking up with resident madman Will Skudin at an undisclosed Long Island depth charge on Monday. “I got my ass kicked. Got my fins blown off on one and had another nearly snap my neck. I’m all tweaked now, but it still looks good so I might give it another go.”