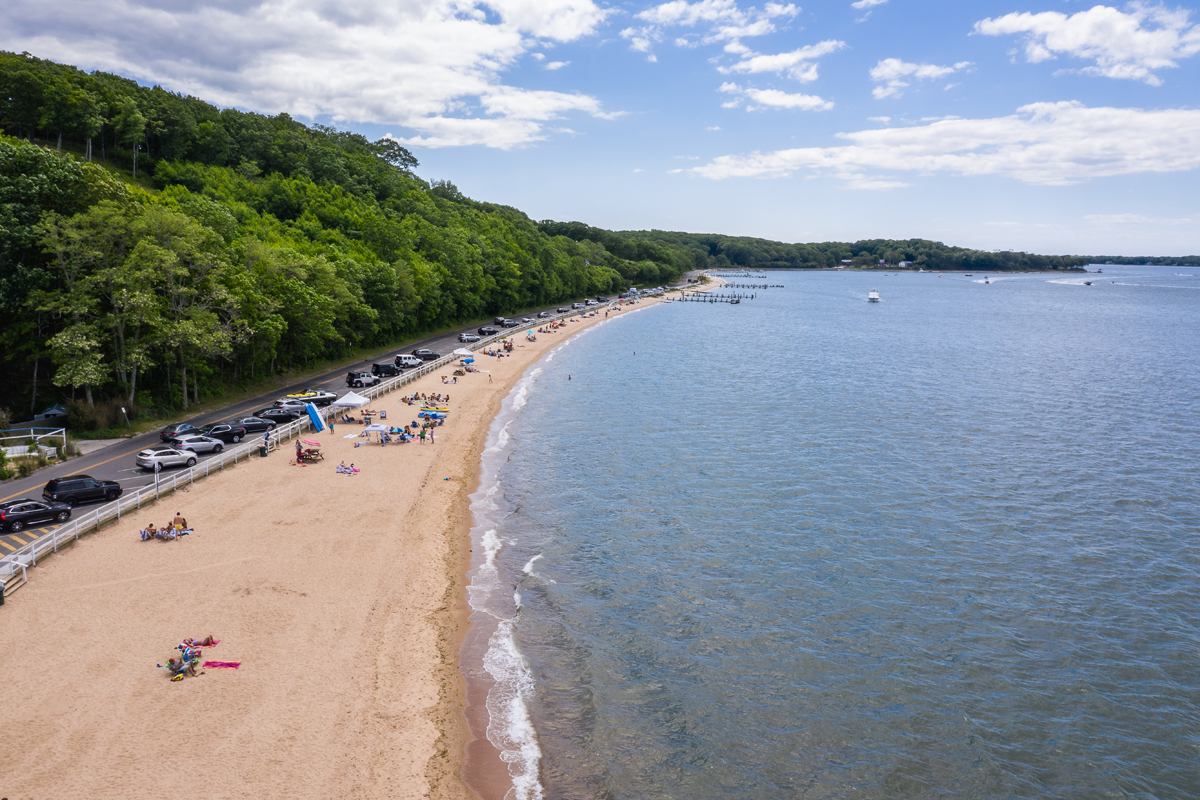 With the Fire Island to Montauk Point Project of the U.S. Army Corps of Engineers to be restarted in 2023 — what Kevin McAllister, president of Defend H20, describes as dumping sand along the 83 miles of the Suffolk County oceanfront — it would be instructive to consider the situation in another region.

I began writing about the Army’s FIMP (Fire Island Inlet to Montauk Point Project) plan when I started as a reporter in Suffolk in 1962. What was a new scheme then also involved sand-dumping. But a key feature involved the construction of up to 50 “groins,” or piles of rocks, placed out into the ocean.

But this turned out to be disastrous. Between 1965 and 1970, 15 groins were placed along the Westhampton Beach shoreline. What the Army didn’t recognize was how the jetty-like structures would disrupt the “littoral drift” of sand moving east to west in the ocean and leave the coast to the west sand-starved. Beach houses were lost. There was a lawsuit and an $80 million settlement. Indeed, part of what’s to be a restarted FIMP scheme involves removal of two groins built in the sea off Ocean Beach on Fire Island to,  “allow sand to follow” the littoral drift, the Army said.

The restarted FIMP plan also offers “sand bypassing” at the Fire Island, Moriches and Shinnecock inlets to maintain what the Army now recognizes and terms the “littoral transport of sediment” of sand, sand that would otherwise be sucked into those inlets. It also provides for the “elevation,” as the Army calls it, of 3,675 structures, “floodproofing” of 650, and acquisition of 14.”

But mainly it’s, as Mr. McAllister calls it, a “sand plan,”  or just dumping sand along the oceanfront. The Army and other proponents of coastal engineering call this “re-nourishment” or “replenishment,” words suggesting a parallel to how living organisms get nourished or replenished. To say “dump” suggests a sand being deposited and then being washed away by storms.

The price of the restarted FIMP project, according to a press release from Congressmen Lee Zeldin (R-Shirley) and Andrew Garbarino (R-Massapequa Park), “from start to finish, will total more than $3 billion.” The “initial” cost, “more than $1.5 billion,” would be paid by federal funding. But then regular subsequent sand dumping would be paid through a split between the U.S. and a “local” obligation paid by towns where further dumping happens, and New York State and Suffolk County. So all taxpayers will pay for the sand dumping, including Shelter Islanders.

In New Jersey earlier this year, “A coalition of environmentalists, waterfront access advocates and surf fishermen gathered on the Jersey Shore … to denounce beach replenishment as an exercise in futility that destroys natural ecosystems and subsidizes wealthy beachfront homeowners at taxpayers’ expense,” as NJ Advance Media began an article in October.