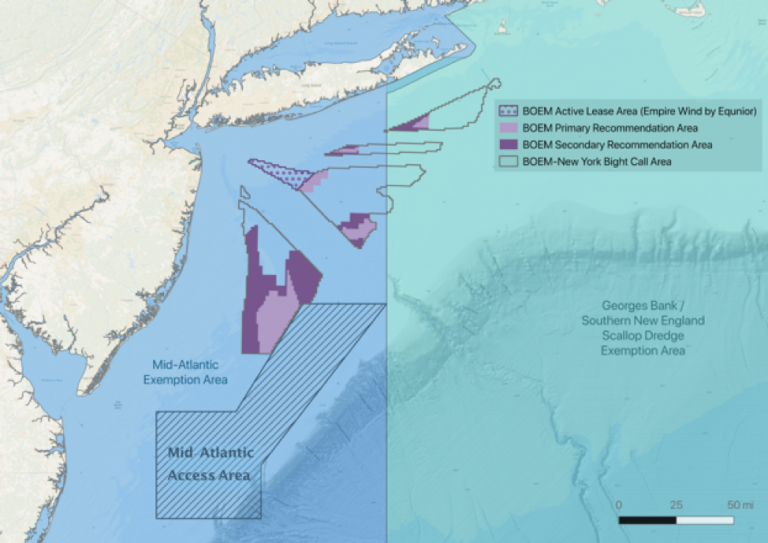 Offshore wind is considered one of the most promising forms of renewable energy to expand this decade.

According to the nonprofit World Forum Offshore Wind, technological advancements, global government support, and cost reductions have allowed the industry to play a greater role in electricity generation. Offshore wind is currently most prevalent in Western Europe, but this source of energy production is rapidly growing in countries such as China and the United States.

In New York State, Governor Cuomo’s 2018 Offshore Wind Master Plan outlines steps for offshore wind development until 2030. A first-of-its-kind document in the United States, the plan delineated a study area known as the New York Bight Call Area for the Bureau of Ocean Energy Management (BOEM), the agency responsible for energy projects in federal water, to consider for future projects. BOEM has recommended several areas of interest (see map below), and the oil and gas company Equinor secured an approximately $3 billion lease next to the area for its Empire Wind project.

While the Offshore Wind Master Plan can help New York secure 2.4 gigawatts of carbon-free electricity by 2020 (enough to power 1.2 million homes), the projects could also potentially compete with other activities, such as fishing, vessel traffic, conservation, and ocean science research.