Northeast
A ferry full of passengers heads toward the Statue of Liberty in New York. (Craig Ruttle/AP Photo) 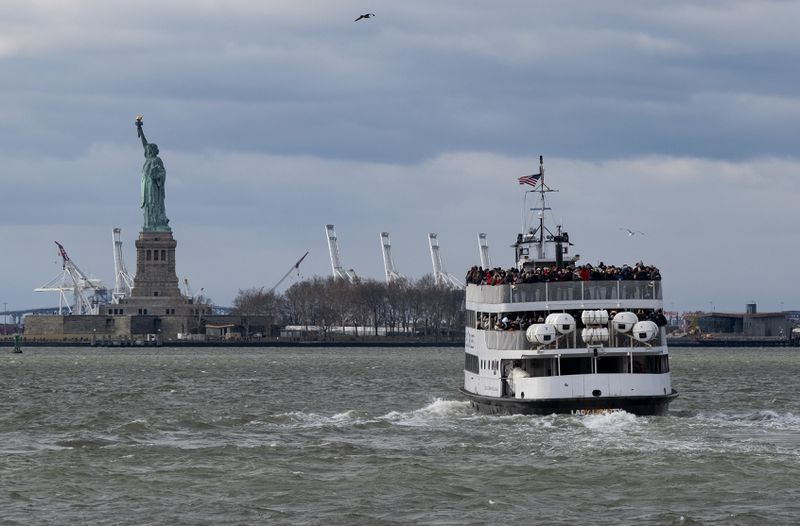 The operator of ferry service to the Statue of Liberty and Ellis Island is eyeing a move to an historic Battery Park pier from its existing home that’s falling apart.

Battery Park’s grand, late-19th-century Pier A has been empty since an oyster restaurant shut down during the pandemic, and the space seems ideal for security screening of passengers on the ferry cruises, said Hornblower Cruises, which runs the trips.

The current launching point at Battery Park for the cruises is crumbling. Two slips were closed down in February by the city Parks Department due to cracking concrete decks and damage caused by tiny wood-boring organisms that have hollowed out supporting timber piles.

While the city is in the process of rebuilding the entire wharf area as part of a coastal resiliency project, ferries are confined to Slip 3, which may not be enough space as tourism numbers return to pre-pandemic levels, said Mike Burke, Hornblower’s COO.

On a recent Saturday, the company saw 80% of pre-COVID demand for trips to the Statue of Liberty and Ellis Island, he said.

“The Statue of Liberty is a very big driver for New York City tourism,” Burke told the Daily News. “If for any reason we were to lose access to those two monuments from the New York side, our only alternative would be from Jersey City.”

After 9/11, officials set up an elaborate screening area for passengers heading to the Statue of Liberty. To this day, tourists have to wait in a long outdoor queue to enter a security screening area before boarding a ferry.

“The structure itself is hideous,” said Warrie Price, head of the Battery Park Conservancy, a nonprofit that works on improving the area. “The whole experience now is compromised by mammoth vinyl structures and the sense of being outdoors and not being really protected from the elements at certain times.”