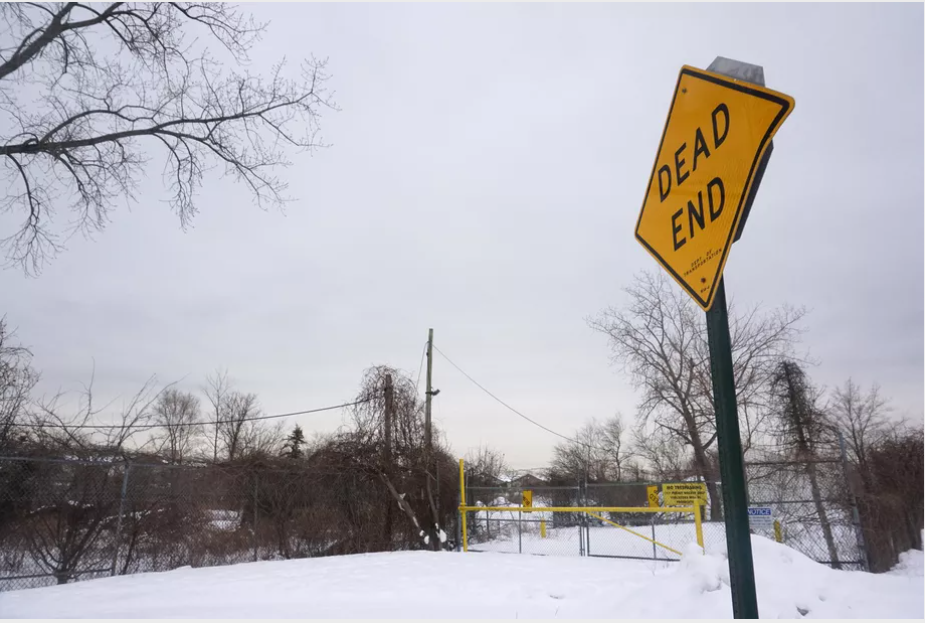 Radiation under a Staten Island park from a 1940s landfill — and a fight over who should clean it up — has again halted progress on the East Shore Seawall, a key climate resiliency project.

The radiation in the planned 5.3-mile seawall’s path comes from Great Kills Park, where radium-226 was first found during an anti-terror aerial survey conducted by the NYPD in 2005. The vast majority of the park has been shut since 2009.

The seawall originally was supposed to be completed this year. But now more than eight years after Superstorm Sandy devastated parts of the borough and about six years after the project was announced, construction remains stalled as the feds, city and state differ on who’s responsible for getting rid of the radiation.

Now it could be 2026 before the work gets done, officials say.

The Army Corps of Engineers (USACE) told its state and city partners in August that it couldn’t undertake the planned removal of hazardous materials on the land without a policy waiver from the assistant secretary of the Army for civil works, according to various city and federal officials.

But the Army Corps would first have to recommend the policy waiver, which it hasn’t done.

“Given there is very little precedent for [radioactive waste] remediation work to be undertaken by USACE as part of a civil works project, there is no guarantee a waiver would be approved,” Jennifer Gunn, a spokesperson for the Army Corps, told THE CITY last week.