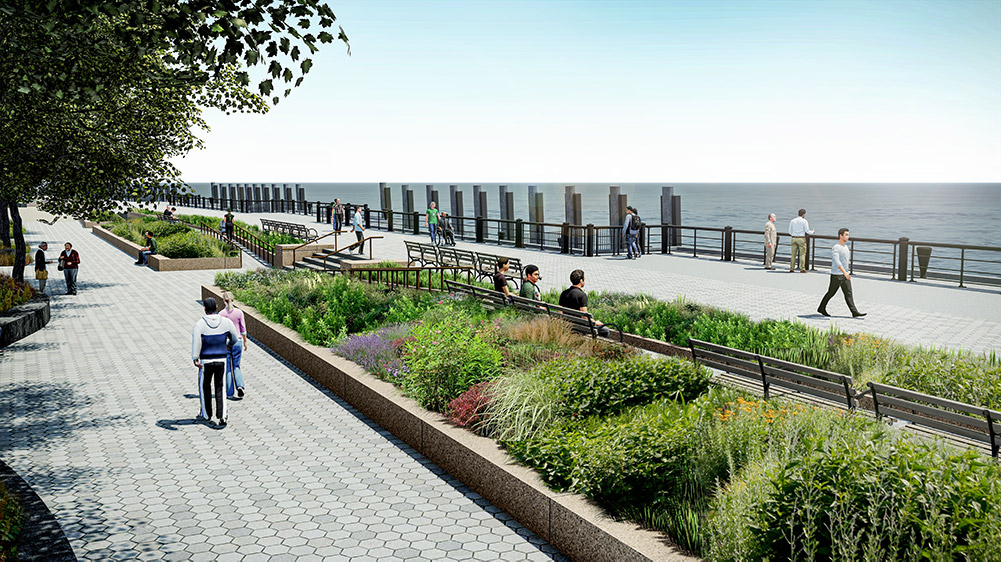 According to the New York City Economic Development Corporation (NYCEDC), sea levels are projected to rise 2.5 feet by 2050 and over six feet by 2100, making Lower Manhattan vulnerable to flooding not only during storms like Hurricane Sandy, but also in day-to-day scenarios. The Battery currently sits at an elevation that will be submerged as sea levels rise.

As part of the project, the wharf at the southern tip of the neighborhood will be reconstructed, raising the waterfront esplanade approximately five feet for a final elevation of 11 feet above mean sea level. The concept design renderings were first released to the public on March 24 and will continue to take shape following review by city agencies and community groups.

Groundbreaking is expected in the latter half of 2022. Stantec is serving as lead designer.

“The Battery is one of New York City’s most beloved parks, but it faces significant flooding challenges if the wharf remains at its current elevation,” said Amy Seek, design director at Stantec. “Our goal through this project is to seamlessly integrate critical infrastructure upgrades into the park, without sacrificing its sweeping views of New York Harbor, bountiful plant life, and historic features.”