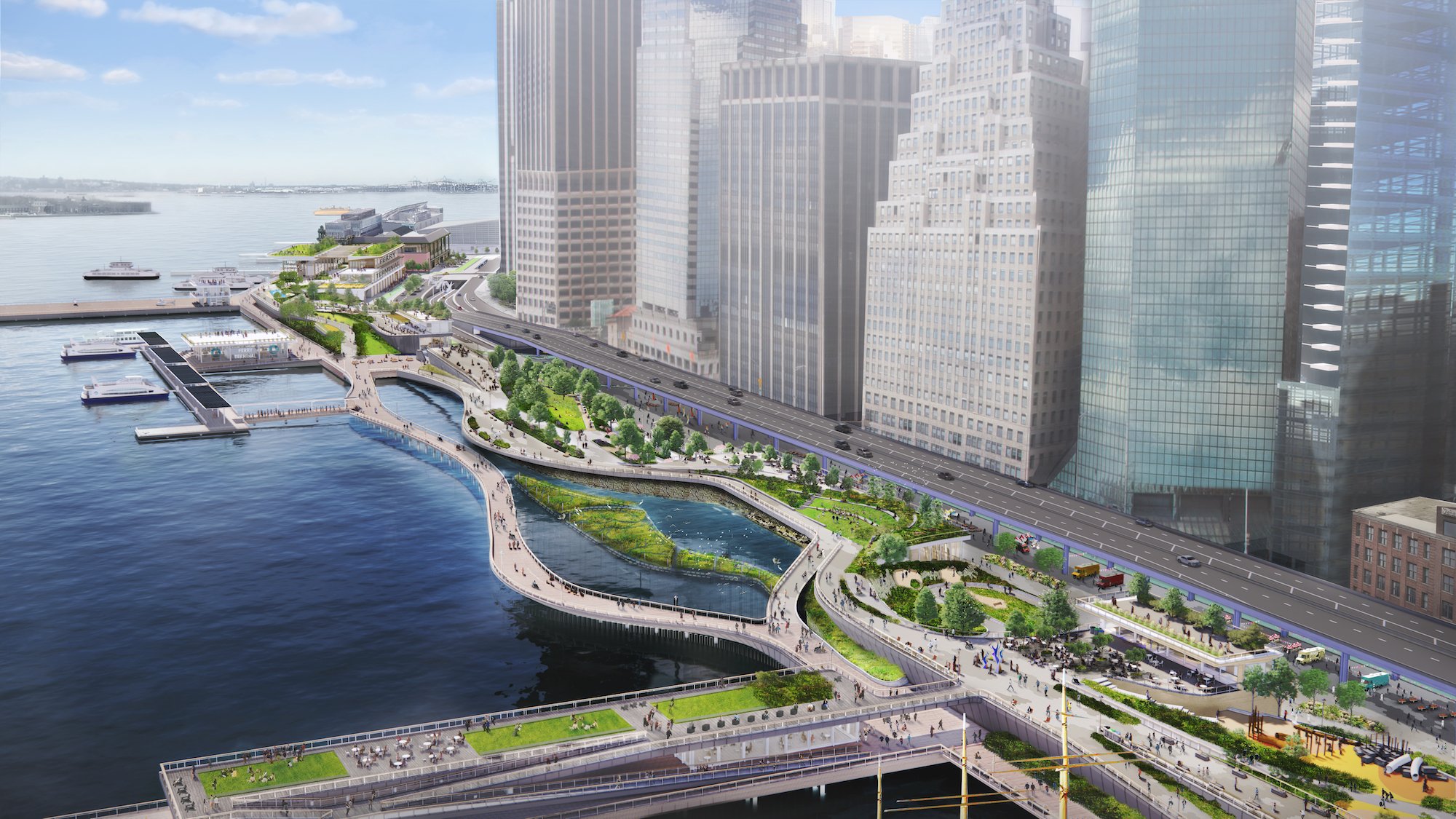 New York City has taken an important step toward protecting one of the country’s largest central business districts from the costly and destructive effects of climate change. The city’s Economic Development Corporation and the Mayor’s Office of Climate Resiliency recently released the Financial District and Seaport Climate Resilience Master Plan.

At a projected cost of up to $7 billion, this environmental blueprint for the Lower Manhattan shoreline imagines a resilient waterfront that can withstand severe storms and rising sea levels.

Subways, PATH transit systems, and regional highways all cross paths here, bringing millions of visitors from around the world in addition to the almost one million people who work in, live in, or pass through the Financial District and South Street Seaport neighborhoods. Protecting these low-lying districts is one of the top imperatives in creating a resilient New York City coastline.

The imperatives are as urgent as they are crucial: According to projections, rising tides will flood the Financial District and Seaport monthly by the 2050s and daily by the 2080s, with some frequent tidal flooding expected as early as the 2040s. Up to $20 billion in estimated losses could be sustained by the region if no action is taken before 2100.

Mayor Bill de Blasio said in a statement that accompanied the plan’s release, which coincided with his final days as the city’s mayor: “This Plan for a protected and resilient waterfront in Lower Manhattan will help us fully confront the urgent and accelerating threat of climate change. A recovery for all of us must ensure families, businesses, and communities in Lower Manhattan are able to withstand extreme weather and rising sea levels, which this vision guarantees.”