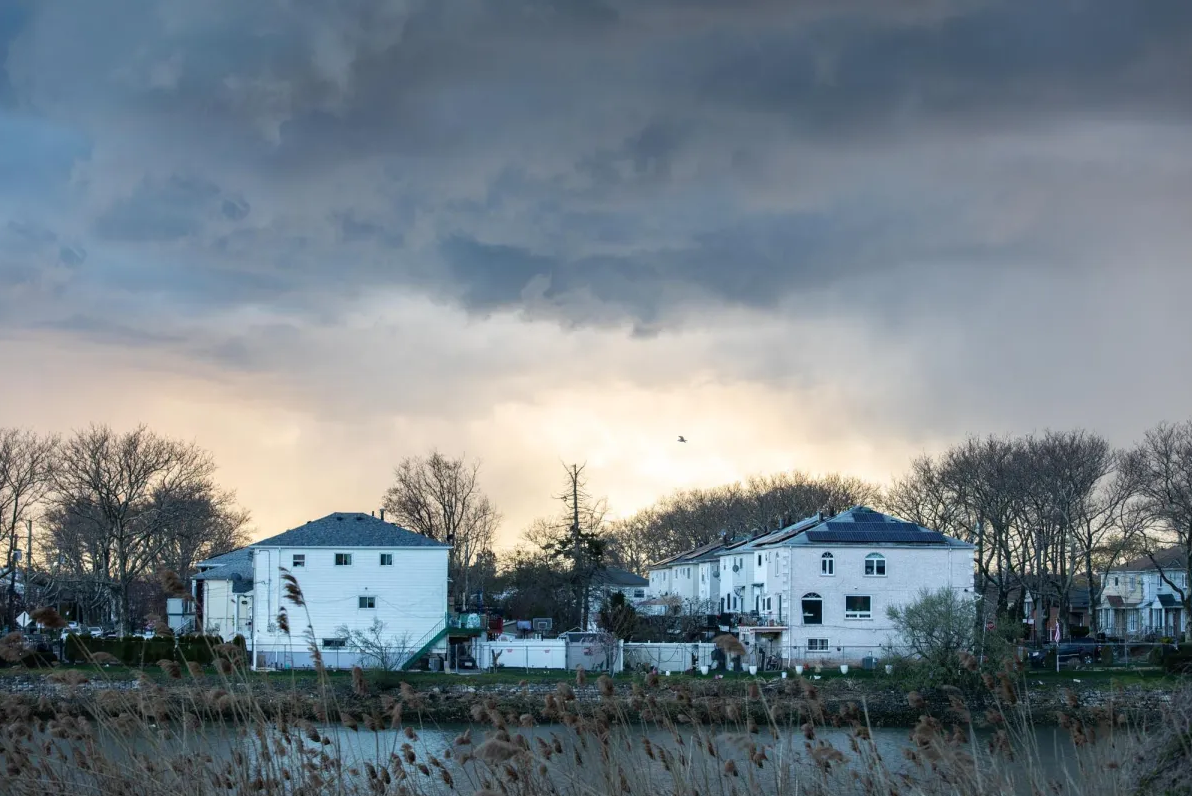 Recent United Nations research estimates sea levels are likely to rise by 6 to 12 inches by midcentury, and up to two feet by the end of the century.

In Canarsie, Maria Garrett is the woman you call if your basement floods.

She’s not an engineer, and she doesn’t work for the City, but she’s lived in the area for 26 years.

And, as president of the Fresh Creek Civic Association, she’s at the forefront of the fight for residents to stay in their homes, despite rising sea levels causing an ever-increasing flood risk.

“That’s why I stay relevant in that area,” Garrett said, “because so many people call me and want to know what’s going on.”

Recent United Nations research estimates sea levels are likely to rise by 6 to 12 inches by midcentury, and up to two feet by the end of the century.

This would increase the flood risk for—or even submerge—low-lying neighborhoods on Jamaica Bay, including Canarsie, Marine Park, Bergen Beach and Mill Basin, that are already vulnerable to storm surge.

However, Garrett is pushing for flood proofing in the area before it’s too late.

“I’m encouraging that we have to stand and fight,” she said.

“We can’t give up our homes. If we leave it’s only going to make it better for the developers and other stakeholders to come in and build.”

The impact of Hurricane Sandy in coastal Brooklyn almost 10 years ago alerted residents to the fact that flood-proofing needs to be put into action. But since then, not a lot has been done, they say.

Prior to Sandy, the community already saw drainage issues and flooding in basements during heavy rains.

During Sandy, there was flooding not only from Fresh Creek and Paerdegat Basin but also from blocked sanitary sewers, which caused water to back up through drains into homes and businesses.