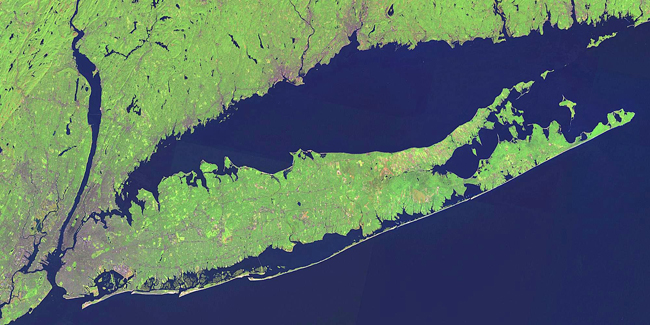 Every major bay and estuary on Long Island, from Great Neck to East Hampton, was afflicted this summer with toxic algae blooms or oxygen starved waters, primarily from heavy loads of nitrogen stemming from sewage and septic systems, according to a new report on the region's water quality impairments.

"The water quality was not good," said Chris Gobler, a professor of coastal ecology and conservation at Stony Brook University and the report's author at a news conference Wednesday in Patchogue. "Our waters are not meeting… standards and not making the grade."

The annual "Assessment of Water Quality Impairments for Long Island," report paints a dire picture of the challenges facing the region's waterways, including toxic tides, dangerous algae blooms and fish and turtle kills.

In June, Gobler said, scientists discovered "mahogany and brown tides" on the South Shore and East End that are harmful to marine life. The following month, those blooms were replaced by "rust tides" — an algae that kills fish — which were found in East Hampton, Riverhead, Shinnecock Bay and the Long Island Sound, the report found.

A record 24 lakes, ponds, rivers and other freshwater bodies in Nassau and Suffolk were also afflicted with toxic blue-green algae blooms that are harmful to aquatic life and are responsible for illnesses and deaths of several dogs, according to the report.

For the past five years, Suffolk has had more lakes with blue-green algae blooms than any county in the state, a distinction that it will likely keep in 2020, Gobler said.