Northeast
A computerized rendering of the Living Breakwaters / COURTESY OF SCAPE 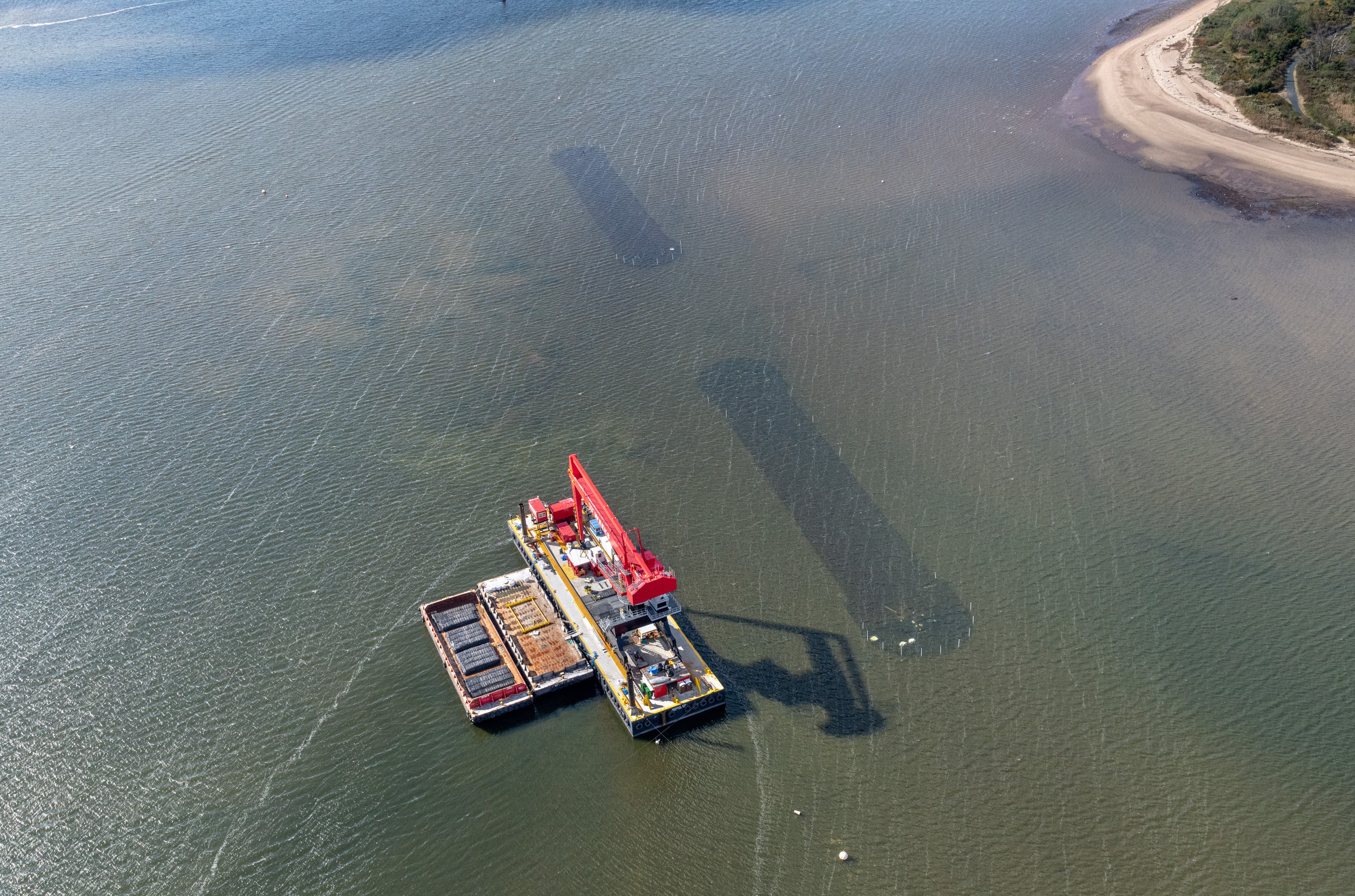 On the southern tip of Staten Island, New York City’s latest project to address climate change is now slowly rising from the sea.

This September, the Governor’s Office of Storm Recovery began work on the Living Breakwaters, a series of eight enormous rock piles that are being installed off the coast of Tottenville. When complete, this $107 million project will stretch along a mile of shoreline, blunting the impacts of waves, erosion, storm surges and sea level rise — while also providing an important habitat for marine species.

From a 250-foot-long barge moored in the shallows of Raritan Bay, workers are now slowly and methodically placing more than 1,100 stone-filled mattresses into the water, creating a foundation for the first two breakwaters. Each 22-foot-long marine mattress, held together by a geosynthetic mesh and weighing roughly seven tons, is gently lowered into the bay by an equilibrium crane and guided into place by underwater divers.

“They get installed in kind of a jigsaw puzzle, Tetris formation, where they are all side-by-side, up against each other,” said Kevin Robinson, the project manager for Weeks Marine, which is constructing the breakwaters. “That provides scour protection and a structural foundation for the stone, so it doesn’t settle into the bay and collapse over time.”

The landscape architecture studio SCAPE designed the Living Breakwaters after winning funds from the Rebuild By Design competition, an initiative created by the U.S. Department of Housing and Urban Development in the aftermath of Hurricane Sandy. SCAPE is coordinating the entire construction process, which is expected to be completed in 2024.