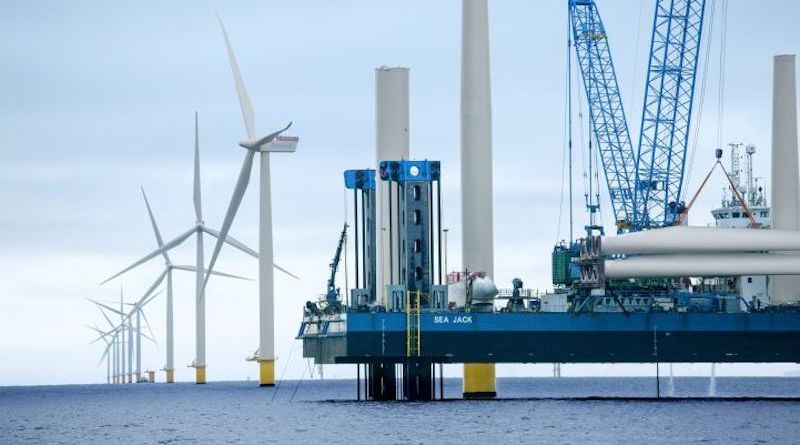 Major wind farm projects off the East Coast are expected to proceed more slowly due to the Covid-19 pandemic.

The Danish company Ørsted, which is working to obtain permits to build the South Fork Wind Farm, a 15-turbine project about 35 miles off the coast of Montauk, is expecting delays on both the South Fork Wind Farm and its Sunrise Wind project, Ørsted CEO and President Henrik Poulsen told listeners on his April 29 quarterly earnings call.

“Across our projects, we see an increased risk of component and service delays from suppliers impacted by Covid-19. We collaborate closely together with our partners to mitigate these situations as best possible and without compromising health and safety standards,” he said. “Our offshore development projects in the US are moving forward, although at a slower pace than originally expected due to a combination of the Bureau of Ocean Energy Management’s (BOEM) prolonged analysis of the cumulative impacts from the build-out of US offshore wind projects, and now also Covid-19 effects.”

Mr. Poulsen said the earliest projects in their pipeline, the South Fork Wind Farm, originally slated to be complete in 2022, and the Skipjack project in Maryland “are most exposed to the risk of delays.”

He said the Skipjack project will likely be commissioned “approximately one year later” than its original planned commissioning in 2022, and company has “not received a confirmed permit schedule from the federal government outlining when the ‘Construction and Operations Plan’ (COP) for the South Fork Wind Farm will be received. This combined with impacts from the Covid-19 related shutdowns in New York, will also very likely delay South Fork to “beyond 2022.”

Deepwater Wind, which was later acquired by Ørsted, began holding public hearings on its Construction and Operations Plan on the South Fork in 2018. The plan has since been updated twice. More information is online hat boem.gov/South-Fork.

The Sunrise Wind project, an 880 megawatt wind farm proposed for an area just southeast of the South Fork Wind Farm, is a joint venture between Ørsted and Eversource, a New England electric transmission builder.