Northeast
In this file photo, a lift boat, right, that serves as a work platform, assembles a wind turbine off Block Island, R.I. (Michael Dwyer/AP) 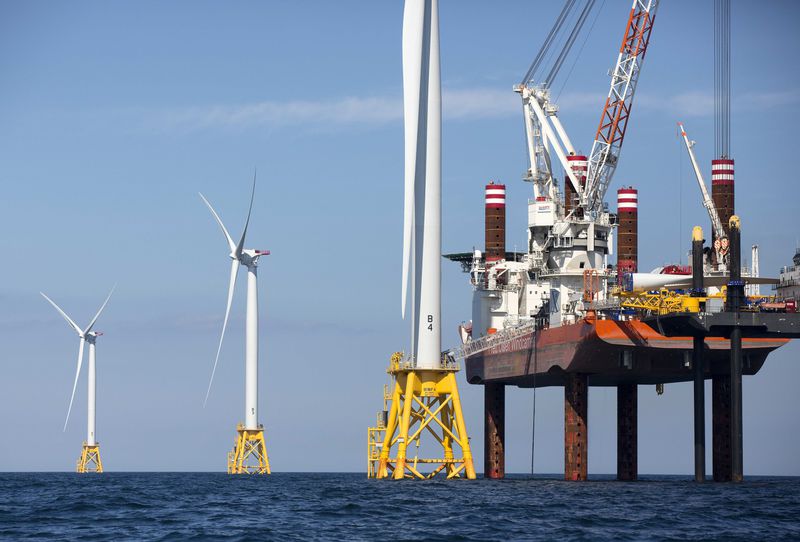 NY - Offshore wind is ready for its closeup: New York needs to build out its capacity now

As the extreme weather event and deadly flash-flooding in New York City underscored, we need to act with a sense of urgency to deal with our current climate reality and a significant expansion of offshore wind in New York and beyond should be a key ingredient in the recipe for success at mitigation and resilience moving forward.

Offshore wind energy is unquestionably the future of clean energy — and the surest way to reach New York and the nation’s climate goals by providing clean, renewable energy along the Eastern Seaboard and coastal waters across the United States.

Yes, as director of New York’s Offshore Wind Alliance, I have a vested interest in supporting wind power. But my cheerleading isn’t self-interest; it’s grounded in science.

President Biden recognized the vital role wind will plan in digging us out of the climate hole we’re when, in June, his administration announced its intention to auction eight lease areas to develop offshore wind farms on more than 600,000 acres in the shallow waters between Montauk Point and Cape May — an area known as the New York Bight.

Since New York state law requires that 70% of our electricity comes from renewable sources by 2030, opening these waters to offshore wind development is crucial to getting us there. But auctioning these lease areas is only the beginning of a long regulatory process and holds no guarantee that wind farms will be built. Commercial fishing interests continue to fight projects in existing lease areas and are resisting new ones. And other marine interests want to nibble away at the proposed lease areas before they are finalized later this year.