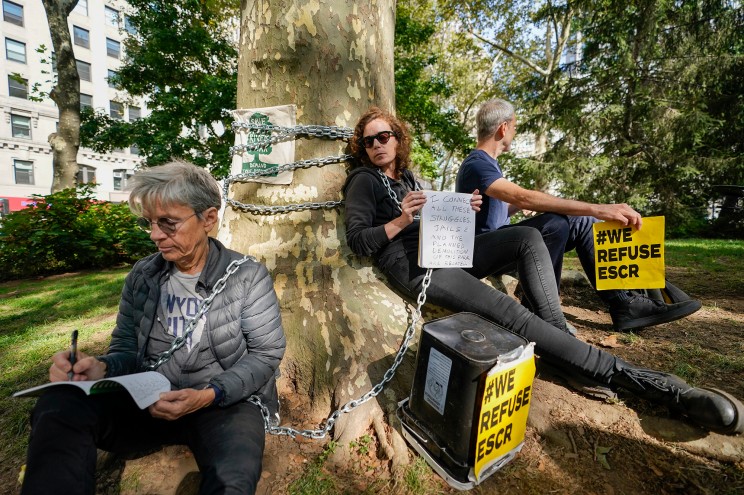 Construction on part of a massive $1.5 billion project to protect Manhattan from flooding that had been temporarily halted can now go forward, an appeals court ruled Tuesday.

Over 100 Lower East Side residents and activist groups sued last year to block part of the East Side Coastal Resiliency Project — which will span 2.4 miles on the east side of Manhattan — claiming the plans needed prior approval from the state legislature.

The group claimed the project, which will raise esplanades, parks and piers and put in place flood breaks and sea walls, will destroy the East River Park.

But on Tuesday, the Appellate Division, First Department upheld a lower court’s decision to toss the suit, finding that the City Council — which approved the project in November 2019 — didn’t need additional approval from the state.

“We do not discount petitioner’s concerns that this project will impose a burden on the surrounding community that houses tens of thousands of residents,” Tuesday’s decision read.

The court documents noted that during the estimated five-year project, roughly 40 percent of the park will be closed for construction.